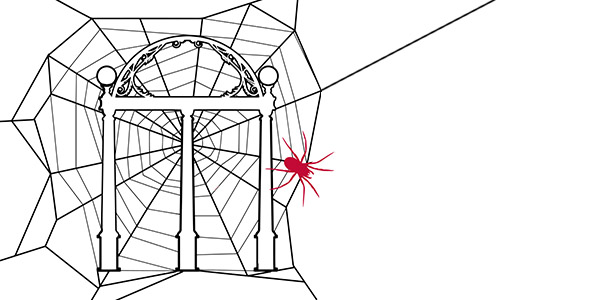 Zombies, spiders, vampires, oh my! These 5 professors are bringing the ghoulish to the classroom. Read on, if you dare.

Whether you revel in the music of the children of the night on All Hallows’ Eve or you think it’s all just a bunch of hocus pocus, everyone enjoys a good scare. But don’t let the frightening fun end Nov. 1. Check out classes offered by some of UGA’s award-winning faculty to make Halloween last all semester long. 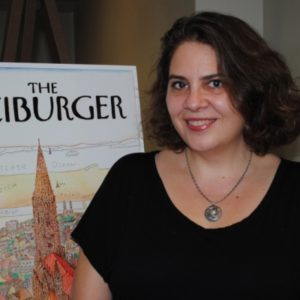 Her spooky connection:
Sink your teeth into German gothic horror, monsters and the occult in Crawford’s courses. She literally wrote the book on The Origins of the Literary Vampire.

Although many of Crawford’s classes are taught in German, she does occasionally offer a couple gothic courses in English.

German 2500: “The German Fairy Tale” and German 3875: “German Fairy Tales”
From an evil stepsister amputating her toe to fit in a golden slipper to a pale stranger in the night, study all the twisted, macabre fairy tales by renowned German authors, such as the brothers Grim and E.T.A Hoffman.

German 4015: “Magic, Monsters and the Occult in German Literature”
All manner of German gothic horrors come out to play in this class, where you will learn all about literature that blurs the lines between science, magic and myth.

His spooky connection:
Maurer uses the zombie apocalypse to teach students about the spread of infectious diseases and public health. His students often find the uncontainable spread of disfiguring illnesses in real life much more frightening than the prospect of facing the undead.

FYOS 1001 “The Zombie Plague”
In this course, students trace the spread of the undead curse from its origins and learn how the zombie apocalypse can offer insight into the spread of real infectious diseases and pandemic plagues. 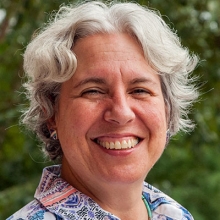 Her spooky connection:
Simon’s course on Alfred Hitchcock’s distinctive visual style won’t just make you afraid to take a shower. Students learn about the little details of filmmaking —from the use of motifs and cameos to historical references—that led to Hitchcock becoming known as one of the world’s greatest film directors.

FYOS 1001 “The Art of Alfred Hitchcock”
Discover how nothing is accidental in Hitchcock films and see how he used sounds like a woman’s scream and seemingly innocuous shots of landscapes to put viewers on edge.

His spooky connection:
Some people have basements infested with creepy crawlies; Hoebeke’s career centers on them. His research focuses on arthropods, or invertebrates with an exoskeleton like spiders and beetles, and his latest finding confirmed the presence of a new, brightly colored Joro spider.

Hoebeke is focused solely on research, but you can see the UGA Collection of Arthropods, which he helped to curate, as well as many other spooky collections at the Georgia Museum of Natural History on South Campus. 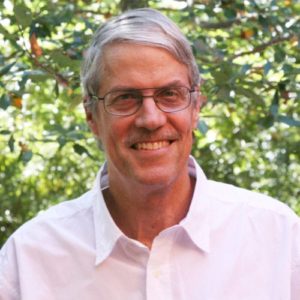 His spooky connection:
The floating islands of fire ants we see after almost every hurricane are the stuff of nightmares. In his class on invertebrates, Fitt shows students that fire ants aren’t the only bugs we should fear.

FYOS 1001 “Dangerous Invertebrates”
That spider under your bed might be way more dangerous than you thought. Or not. Take this class and find out.