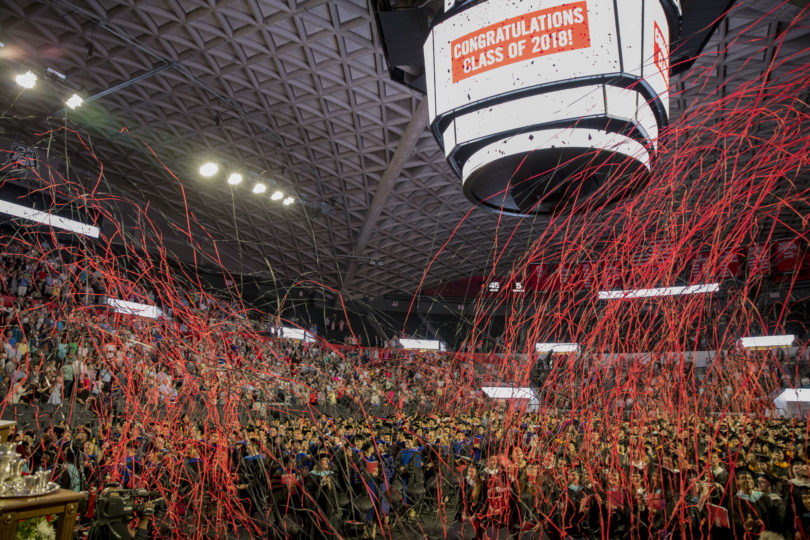 Results are 11.7 percent higher than the national average.

University of Georgia graduates, for the second year in a row, are employed or attending graduate school within six months at a rate of 96 percent—11.7 percent higher than the national average.

“UGA students continue to excel in their post-graduate endeavors, and the consistency of statistics from last year to this year demonstrates that the university is providing career readiness skills through professional programming, academics and experiential learning,” said Scott Williams, executive director of the UGA Career Center.

Nearly 3,000 unique employers hired UGA graduates from business to government, nonprofit to education. Some of the top employers for the Class of 2018 include Amazon, Delta Air Lines, The Home Depot and Teach for America.

Of those full-time professionals, 58 percent were employed before graduation, a 3 percent increase over the Class of 2017, and 98 percent were hired within six months of graduation.

Graduates landed in 47 states and 31 countries in the six months after graduation with 69 percent accepting employment within the state of Georgia. Top out-of-state destinations span the country and include cities like Austin, Texas and New York City.

Of the 19 percent of graduates who are pursuing additional education, some of the top graduate or professional schools they will attend include Georgetown University, University of North Carolina at Chapel Hill, Vanderbilt University and Columbia University.

The UGA Career Center calculates the career outcomes rate each January by leveraging information from surveys, phone calls, employer reporting, UGA departmental collaboration, LinkedIn and the National Student Clearinghouse. The preceding data is based on the known career outcomes of 8,130 graduates from the Class of 2018. 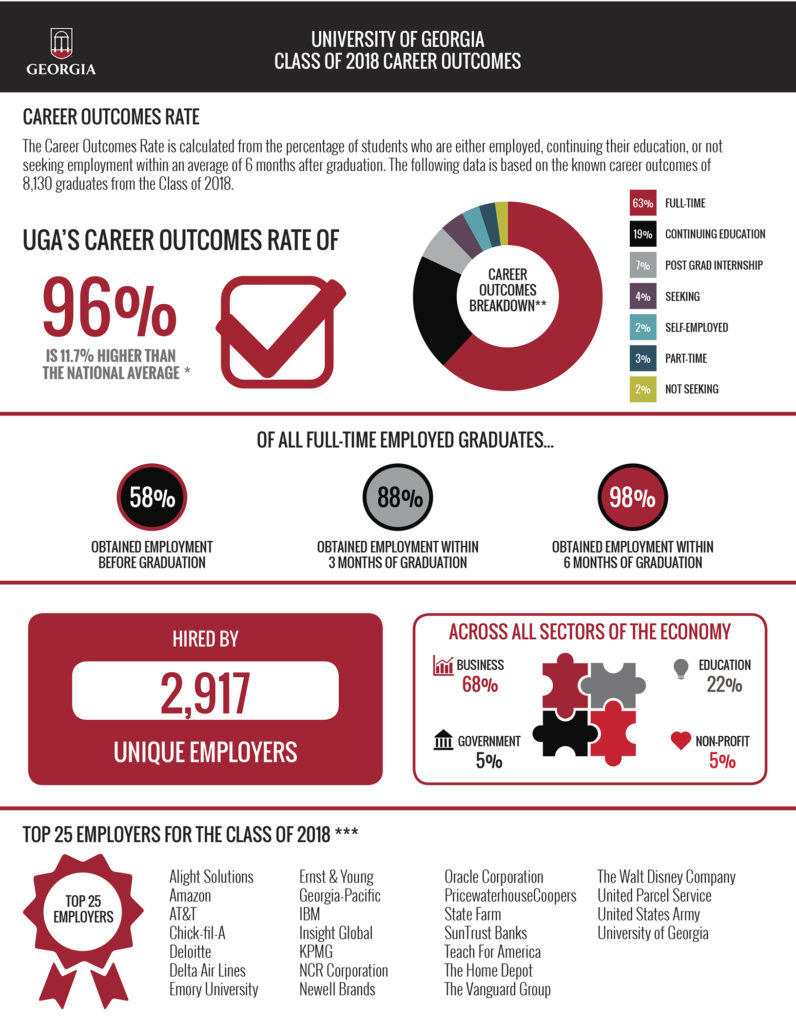