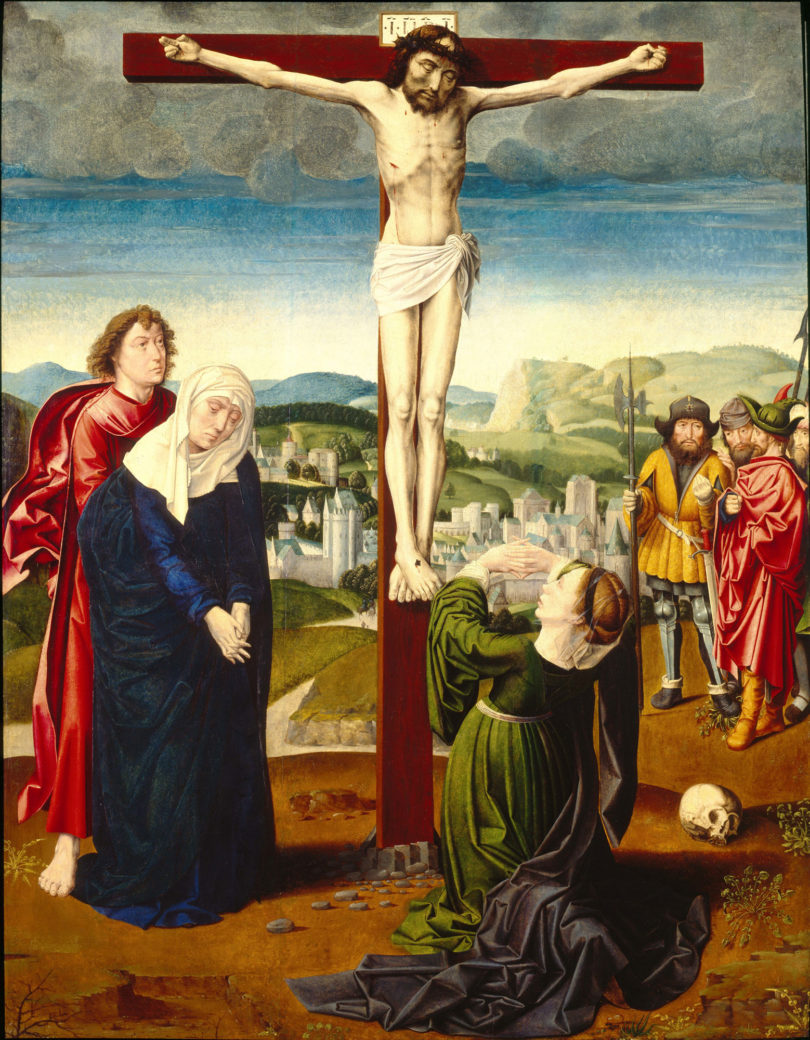 Gerard David’s The Crucifixion is on display at the Georgia Museum of Art until July 29.

The exhibition A Divine Light: Northern Renaissance Paintings from the Bob Jones University Museum and Gallery is on view at the Georgia Museum of Art until July 29.

It features 28 works of art from one of the finest collections of Old Master paintings in the Southeast. The exhibition, which includes devotional art of the 15th and 16th centuries from the modern-day countries of Belgium, France, Germany, the Netherlands and Spain, investigates the ways in which Northern Renaissance artists expressed mysteries of the Christian faith through setting, pose, gesture and the objects of everyday life.

It was organized by the Frist Center for the Visual Arts and Bob Jones University Museum and Gallery.

The late Bob Jones Jr., the second president of Bob Jones University, had a strong interest in the arts and founded the campus art museum in 1951, the same year he began collecting Northern Renaissance paintings.

Old Master paintings are increasingly difficult for museums and collectors throughout the world to purchase because of rising prices and scarcity, said Trinita Kennedy, associate curator at the Frist Center. However, Jones continued acquiring Northern Renaissance paintings for his museum until his death in 1977.

This exhibition presents approximately one quarter of the Northern Renaissance paintings in the Bob Jones Collection. They range from a tiny devotional panel likely used by nuns cloistered in a convent to a triptych that most likely ornamented a side altar in a church. Most are small- to medium-sized panels made for use in a domestic setting by members of the upper middle class. A particularly large number of paintings were created by artists working in Antwerp or Bruges in the Netherlands, where popular subjects such as the Virgin and Child and the Crucifixion were produced for sale on the open market.

Free group tours of the exhibition are available by emailing Melissa Rackley at mrackley@uga.edu or by calling 706-542-4662 or through the website at www.georgiamuseum.org/visit/tours.