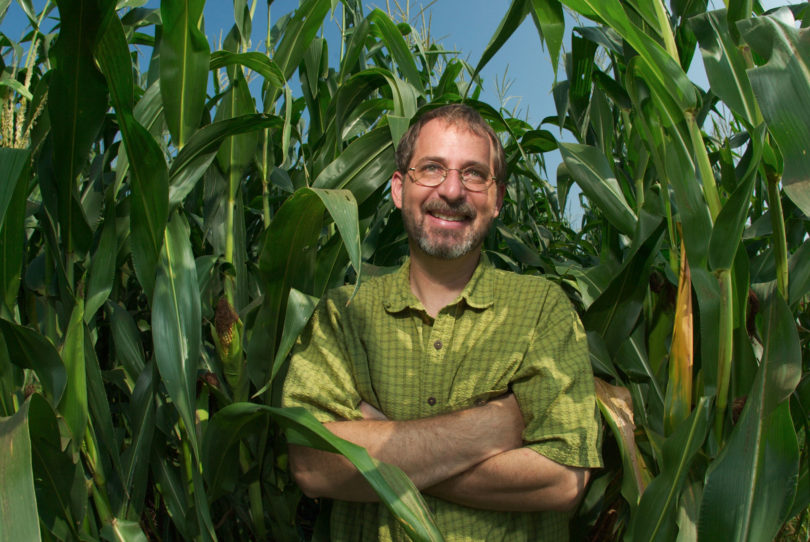 The National Science Foundation has awarded $5 million to a team of researchers led by a UGA plant scientist to pursue further studies that may lead to improved varieties of corn as well as techniques that could treat human diseases, such as cancer.

R. Kelly Dawe, professor of plant biology and genetics in the Franklin College of Arts and Sciences and a member of the UGA Plant Center, will oversee a $5,014,464 grant during the next five years that will allow him and a research team to examine how maize and related species transmit genetic information.

The research may result in the development of artificial corn chromosomes that successfully reproduce desirable traits, such as drought or disease resistance. Corn-also known as maize-is one of the world’s most important crops used for human consumption and as a major component of livestock fodder, medicine, biofuels and other industrial products. The U.S. is the largest producer of corn in the world.

Under the grant, Dawe and his colleagues will study the function and evolution of corn centromeres, and in the process, complete the sequence and assembly of five of the 10 centromeres in corn DNA. A centromere is a segment of DNA that ensures the right numbers of chromosomes are delivered to the correct location during cell division. Incorrect delivery can lead to defects or diseases.

“This research has clear applications in biotechnology, genomics and breeding,” said Dawe, “and we hope to translate our discoveries into applications in at least some of these areas.”

The grant enables Dawe and his colleagues at UGA and other institutions to continue to expand research initiated in 1999 under the NSF’s Plant Genome Research Program. Dawe has been the principal investigator for the project from its beginning, and under his leadership, the team has determined centromere composition and made the surprising discovery that this part of DNA mutates rapidly. The team is turning its attention to understanding how centromeres evolve, what regulates the reproduction process and how that process can be replicated in artificial plant chromosomes.

The team also will host a yearly workshop at the University of Wisconsin and initiate an exchange program with the National Autonomous University of Mexico.