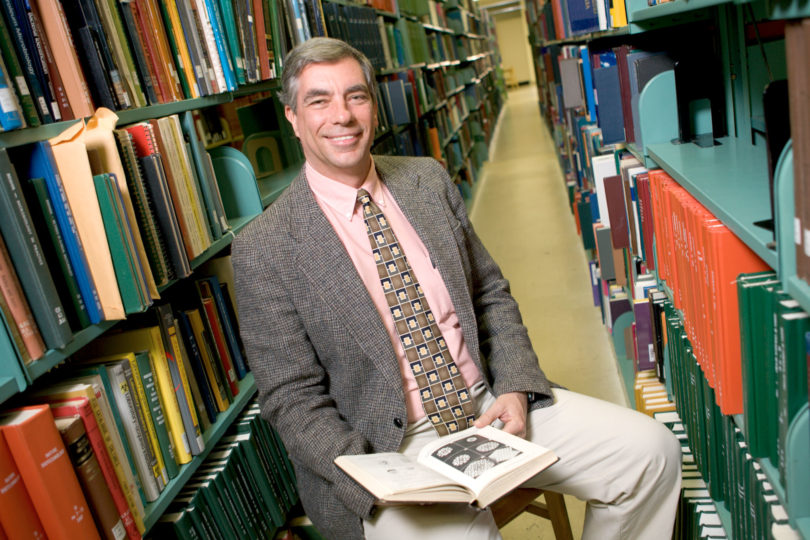 Bruce Abbott’s mother has lived in Athens for 20 years, and his family visited many times over summer and Christmas holidays. But, this fall he realized he didn’t know Athens at all.

Abbott spent 29 years as a librarian in Louisiana, most recently as assistant director for library systems and electronic resources at the Health Sciences Center of Louisiana State University. He and his family came to Athens after fleeing their home and an impending Hurricane Katrina. Abbott is currently working at UGA as a science assessment librarian, to determine the libraries’ ability to meet the growth in science research, especially biomedical, on campus.

“My task is to assess what the libraries’ response to the growth has been and should be over the next 20 years,” he says.

The Abbott family’s story is one that illustrates the devastation caused by the hurricane, and their endurance in trying to mend their broken lives. Before the hurricane hit, they followed the news stories, watching the storm wander through the Gulf of Mexico at the end of August.

“I’ve lived in Louisiana since I was 3. I had a sense Katrina wasn’t going to hit New Orleans-and it didn’t. But the storm surge did and the levees failed,” he says. “For New Orleans, Katrina wasn’t a natural disaster, it was a man-made one.”

The Abbotts planned to evacuate on the Saturday before the storm was predicted to make landfall and after Abbott had put plywood over the windows and secured the property. He came down with a virus and was too sick to do the work, but he and his high school-age daughter completed the work the following day and Abbott found a route to avoid the gridlock many evacuees faced.

“We were ready to turn around Tuesday and go back when we began to get a sense of what the flooding was doing,” he says.

It was about a month later-in October-when Abbott saw his house again.

“I had been forewarned, but the cliché ‘Until you see it, you can’t appreciate it,’ is true. There was about six feet of water in our house for two or three weeks. The water wasn’t still-it would rush in and rush out-so the refrigerator was turned over, the bookcases turned over, the beds and sofas had floated to different places and the doors were all swollen shut and had to be cut open. All the furniture with particle board had melted, disintegrated,” he says. “I had lots and lots of books; those were a gelatinous mass on the floor, four to five inches deep.”

A son, majoring in electrical engineering at Georgia Tech, was running a server in the house where the most recent family photos were stored.

“We probably lost our photos from the last year or so. That’s a big loss for us,” Abbott says. “One of the greatest Christmas presents we have is from my sister-in-law, who made a photo album of photos of our family over the years.”

Abbott’s wife is a registered nurse and has continued in her job in New Orleans. Their two youngest children returned to New Orleans in the new year when their schools reopened. (A fourth child is a biomedical engineering student at Tufts University.)

“Our family is living apart right now, but even though I’m from Louisiana, I’m not from New Orleans. I don’t have family ties that would bring me back to New Orleans,” Abbott says.