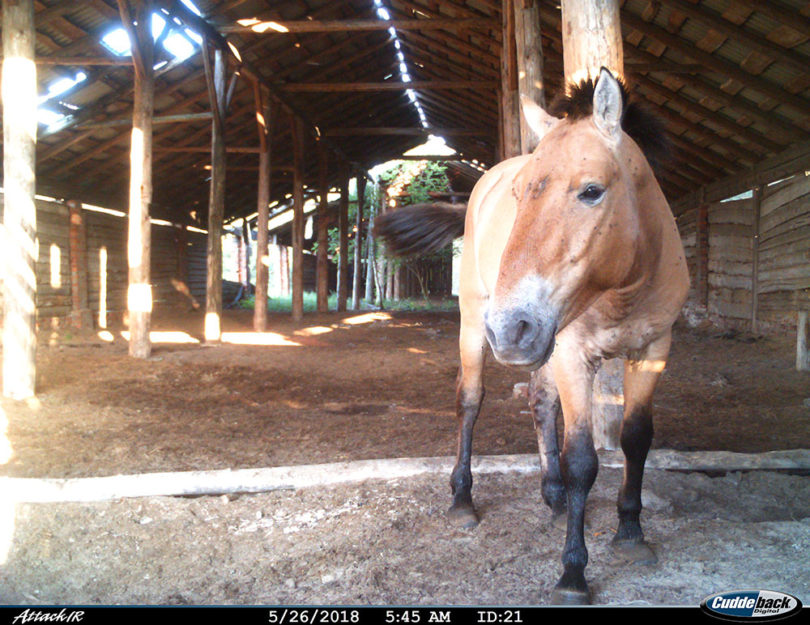 According to a research team at the University of Georgia, abandoned dwellings in the Chernobyl Exclusion Zone provide shelter for an endangered equine species and a resource for conservationists who want to ensure their survival.

Peter Schlichting, a former postdoctoral researcher at the Savannah River Ecology Laboratory, used motion-activated cameras to capture over 11,000 images of Przewalski’s horses using abandoned structures as shelters, particularly barns, that were deserted after the 1986 nuclear accident. 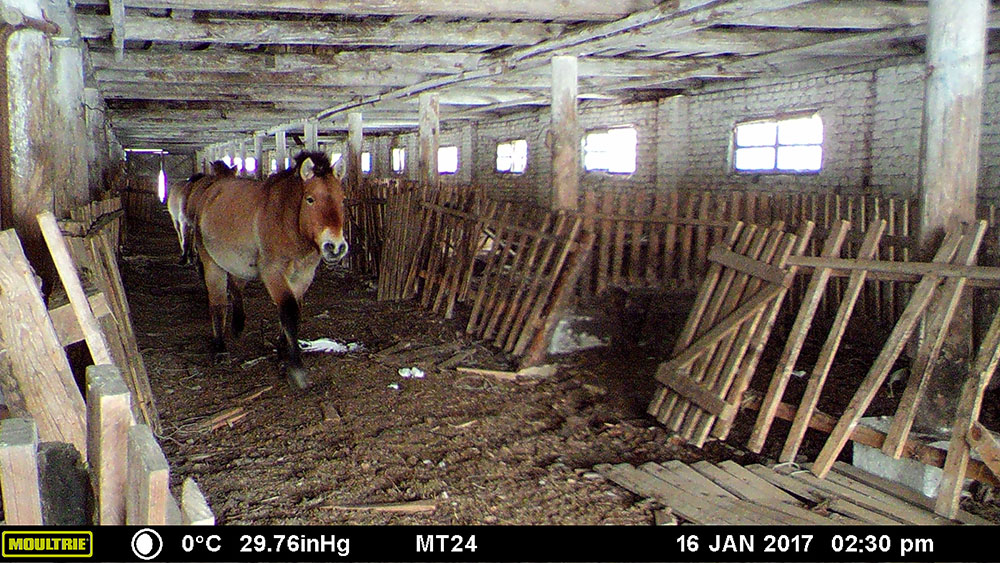 Named after the Polish-born explorer Nikołaj Przewalski, who stumbled upon the species in Mongolia, the horses’ bodies range from reddish brown to dark beige with distinctive white bellies and muzzles. Previous research indicates that the Przewalski’s horse is the last remaining subspecies of wild horse. Thirty- six Przewalski’s, pronounced “psuh-vahl-skeez,” were brought to the restricted landscape bordering Belarus and Ukraine about 15 years ago.

That population almost doubled by 2008, but lead investigator Schlichting, now at Arizona State University, said those numbers are likely too low to sustain a population.

The study, published in the journal Mammal Research, suggests that future research prioritize obtaining an accurate count of the population and determining genetic diversity. 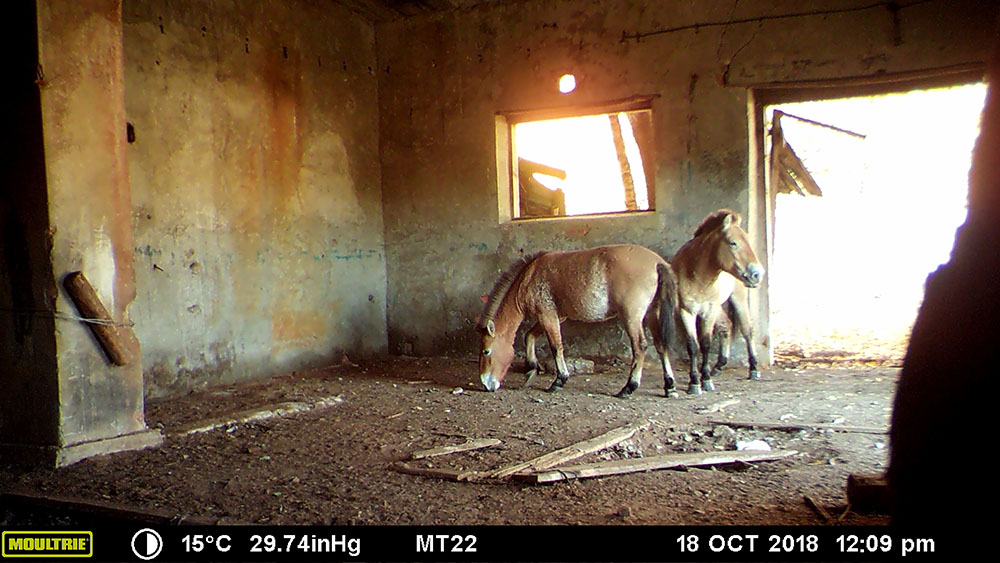 “When the size of a population is reduced, it has lost a lot of natural variation,” Schlichting said. “The goal of conservation programs is to maintain as much diversity as possible and prevent inbreeding, ensuring a population can withstand changes in the environment and survive long term.”

James Beasley, senior author of the study, said pinpointing the horses’ frequent use of the structures was vital.

“Our results indicate Przewalski’s horses routinely use abandoned structures in the CEZ,” said Beasley, associate professor at SREL and the Warnell School of Forestry and Natural Resources. “As a result, these structures can serve as important focal points for research and management to obtain key demographic information such as age, sex ratio, population size and genetic structure.”

Future studies on the Przewalski’s horse could gather additional information, like the number of groups and the definitive numbers within groups, according to Schlichting.

“Video footage could be a useful tool to track individuals during visits and be used in conjunction with cameras to fill in those gaps,” he said.

The team’s research was conducted in the Belarusian portion of the CEZ in the Polesie State Radiation Ecological Reserve. Schlichting said for a management plan to be successful in saving the species, future research must include the Ukraine section of the zone where the population was initially introduced.