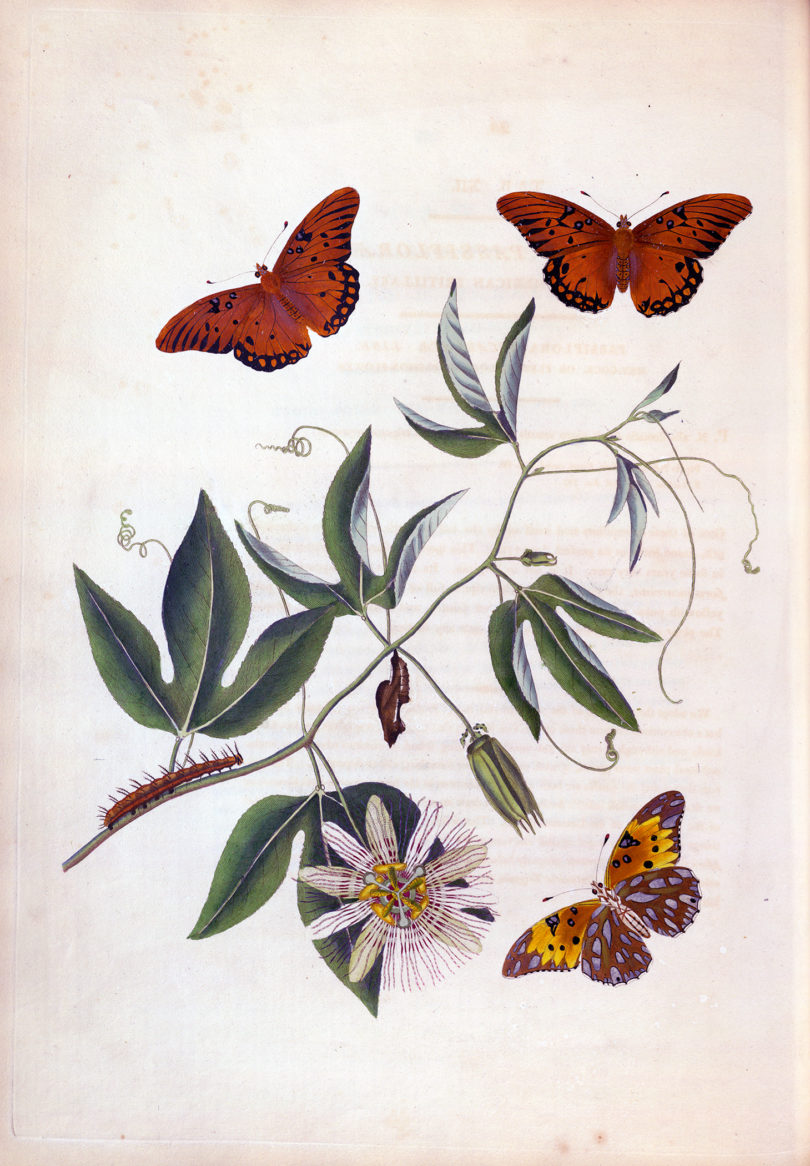 The exhibit John Abbot, Early Georgia’s Naturalist Artist is on display until Aug. 31 at the special collections libraries.

The exhibit includes watercolor illustrations from the Hargrett Rare Book and Manuscript collections, along with drawings on loan from other museums.

The exhibit celebrates the 20th anniversary of the James W. Woodruff Sr. Center for the Natural History of Georgia.

Of the thousands of drawings Abbot made, less than 200 of his butterfly and moth illustrations and none of his bird drawings were published, according to curator Beth Fowkes Tobin, professor of English and women’s studies at UGA.

Abbot’s original watercolor drawings of insects and birds along with the engravings of his drawings that were published in 1797 in The Natural History of the Rarer Lepidopterous Insects of Georgia are included.

“This book was praised as one of the ‘most beautiful and valuable’ natural history publications of his era,” Tobin said.

Emory University, the University of South Carolina and the Morris Museum have loaned drawings for the exhibit.
An Englishman, Abbot (1751-1840) arrived in Georgia in 1776, planning to stay only a few years. He planned to use his time in Georgia to jump-start a career as a natural history illustrator, supporting himself by collecting insect and bird specimens for London’s natural history collectors and dealers.

Abbot intended to return to London after he made enough drawings to establish his career. But he never left the South, living the rest of his long life in rural Georgia, where he continued to collect and draw insects and birds into his 80s, producing more than 7,000 watercolor drawings.

Two events will be held at the special collections libraries in conjunction with the exhibit. During Family Day July 16 at 1 p.m., participants can learn about Abbot and scientific illustration and then design their own butterfly.

He will announce a major new discovery of the presence of three closely related species of Pearly Eye butterflies within the Tallassee Forest. Using paintings by Abbot, Porter will show more than 100 years before the scientific description of these species, the artist was clearly aware of the slight variations that exist between them.

Both events are open free to the public.