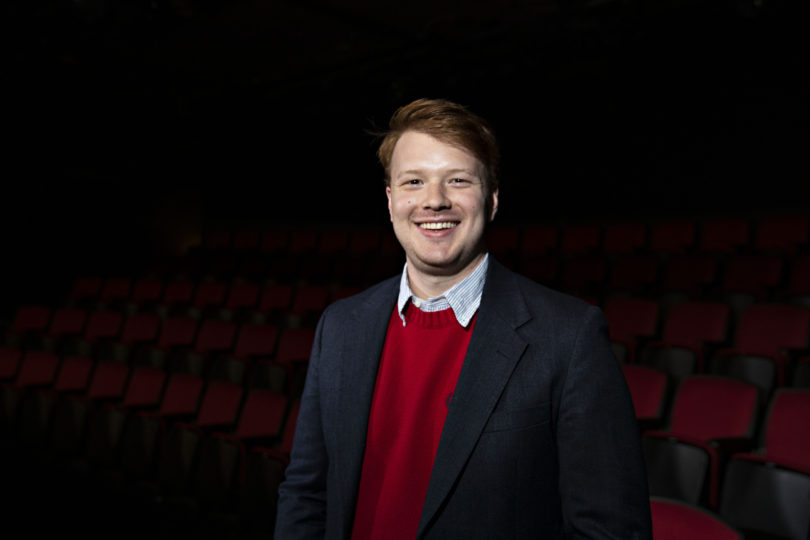 For Abraham Johnson, the sheer number of productions in the theatre department every year drew him to UGA, and he’s taken advantage of every opportunity.

Family ties to UGA:
My older brother, older sister and younger sister have all attended, all roughly around the same time — so with four kids here it’s safe to say we’ve gotten to know UGA really well!

Other degrees:
Certificate in Grant Writing

I chose to attend UGA because …
I actually turned down a full-ride to another university because of the sheer number of productions put up in the UGA Theatre Department every year. The student organizations are by far my favorite thing about the department, and in total we produce somewhere around 20 annual opportunities for students to get their work out there. For a playwright, that’s a smorgasbord of opportunities to pitch your scripts to and breathe life into your work.

My favorite things to do on campus are …
When I’m not working on a theatre production in some way, I’m actually really into playing Pokemon Go around the UGA campus. It’s a nerdy hobby but I’ve met a ton of UGA friends through playing it, and I’ve discovered some really beautiful places on campus too! It’s really endearing to see Herty Field covered in nerds when there’s a rare Pokemon to catch.

When I have free time, I like …
… watching literally any cooking show. They’re all good to me. I recommend the “Bon Appetit” channel on YouTube or the first couple of seasons of “The Great British Bake Off” on Netflix.

The craziest thing I’ve done is …
Getting invited to the 2017 Lambda Emerging Queer Voices Retreat in Los Angeles was completely wild. I was 20 years old and by far the youngest person accepted into the retreat. We would start out the mornings in workshop, where I would sit next to classmates who had my dream jobs and lives and clothes, then we’d go to lunch where I’d sit next to writers from other cohorts that had won some of the most prestigious awards in the country, and then at night we’d have workshop homework and readings and dance parties. At the end of the week they took us into West Hollywood to celebrate and I was so young that they had to introduce me to the bouncer at the club to keep an eye on me. Basically the whole week felt like a crash-course grad school and an LGBTQ summer camp all at once. I got to go back another time in 2018, and the funding that UGA provided for those opportunities was the only reason I could afford to attend — so thanks UGA! 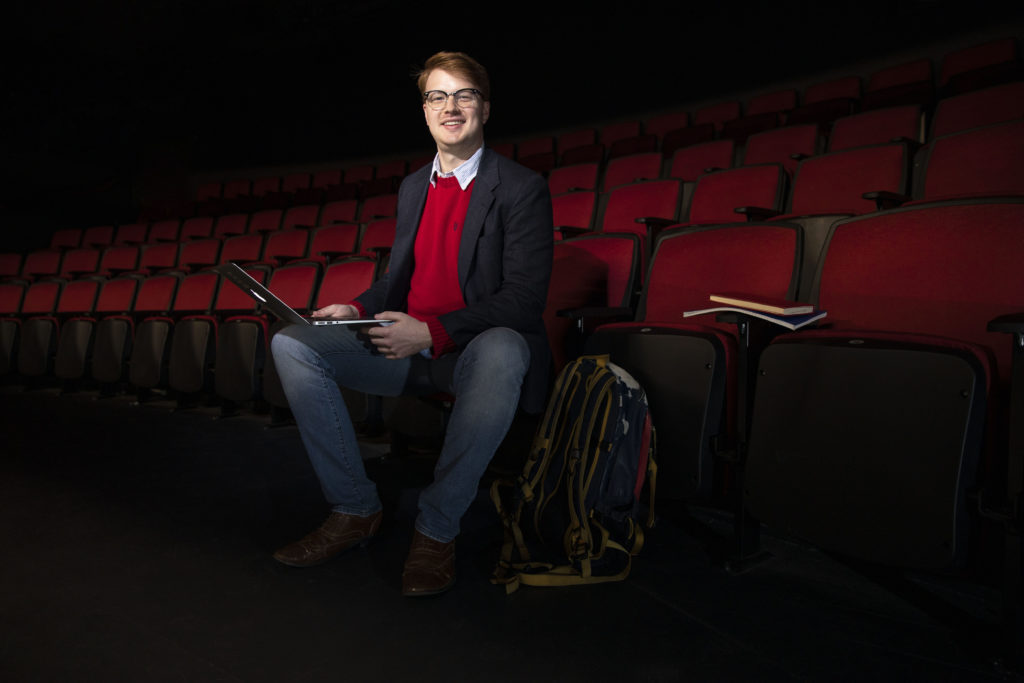 My favorite place to study is …
One of the best kept secrets I’ve found at UGA is the Carnegie Library on Health Sciences Campus. It’s gorgeous and there’s always room to study. But I also love reading a good book on the rocking chairs of the Rhodes Hall porch. Basically Health Sciences Campus is super underrated!

My favorite professor is …
Three professors really stick out to me in my experience at UGA: John Patrick Bray, George Contini and Cynthia Camp.

Dr. Bray was basically my introduction to the UGA Theatre Department. I’ve taken three playwriting classes with him, as well as worked on some CURO projects and New Play Festivals together. He’s been a nonstop advocate for playwrights at the university to really get the attention they deserve and he’s a huge reason why I’ve gotten to make a space for myself and my plays at the university.

Professor George Contini has been such a huge role model for me in the classes and research projects we’ve worked on together, but even more so as just a genuinely awesome person. He’s always been there to read a script or think through a production problem, or just to cheer me on at the university. He’s a radically generous teacher with how much time he makes for his students and I’m incredibly lucky to have gotten to work with him so much in the past three years.

Finally, getting to take a class in “Medieval Manuscripts” with Dr. Camp has been the highlight of my time in the English Department. We basically spent a semester in the Special Collections Library playing with these tomes that were centuries old. For our final, we were handed a folio from a manuscript and told, “Tell me everything about this page. Where it’s from. When it was made. Why it’s important.” That class used chemistry and history and library sciences in some really interdisciplinary ways that ended up being like academic gymnastics. It was by far the hardest course I’ve taken in the department, but definitely the coolest!

If I knew I could not fail, I would …
… move to New York City and write the book and lyrics for a big Broadway musical.

If money was not a consideration, I would love to …
I’ve been itching to go on a road trip across the U.S., maybe over to California and then up the coast to Canada. With all that money I’d want to be thorough, so I’d maybe go on three big road trips across the U.S. — one with my boyfriend, one with my family (even though we’d kill each other), and one by myself so I could get a little writing done.

What is your passion and how are you committed to pursuing it?
To be honest I only began to focus my passion when I founded the student organization “EXPLODE.” It’s a theatre organization dedicated to producing and developing new plays, in new ways, in 365 days. We use site-specific productions and radical affirmation to basically show undergrad theatre artists at the university, “Look, you can make theatre literally however and wherever you want. There are no rules. It doesn’t have to be good, it just has to be from the gut.” As artists in an academic setting I think it can be such a misguided focus to try and make “good art” — whatever that means. EXPLODE has opened up a ton of opportunities for first-time playwrights because we really make a point to let our work be imperfect, extravagant and at times self-indulgent. So basically my passion is creating platforms for playwrights and other artists to explore their voices with generosity, imperfection and a lot of vulnerability. By the end of the year EXPLODE will have produced two site-specific productions, three staged reading festivals, and hosted four “Bake Off” playwriting weekends. It’s my favorite artistic project in college by far and the other board members have really become some of my best friends in college.

After graduation, I plan to …
… go to grad school for playwriting and English, and then from there try and figure out how to balance my passion for writing and teaching and activism. I think those qualities will be in whatever future I have — creating equitable dialogue onstage and off — whether that’s in a classroom or on Broadway or in a writers’ room.

The one UGA experience I will always remember will be …
… Christmas in the old Undergrad Theatre Lounge. Every year was beautiful, but my freshman year one of my best friends and I found this little fake Christmas tree from a production of “The Last 5 Years.” We hung up lights around the room and played Christmas music and decorated the tree with whatever weird props we could find around the lounge. We even made a little skirt out of play scripts, and I think someone brought hot chocolate from the MLC Jittery Joe’s. It was really magical to get to sit there with my best friends and my boyfriend and just get to really feel a part of the theatre community for the first time.