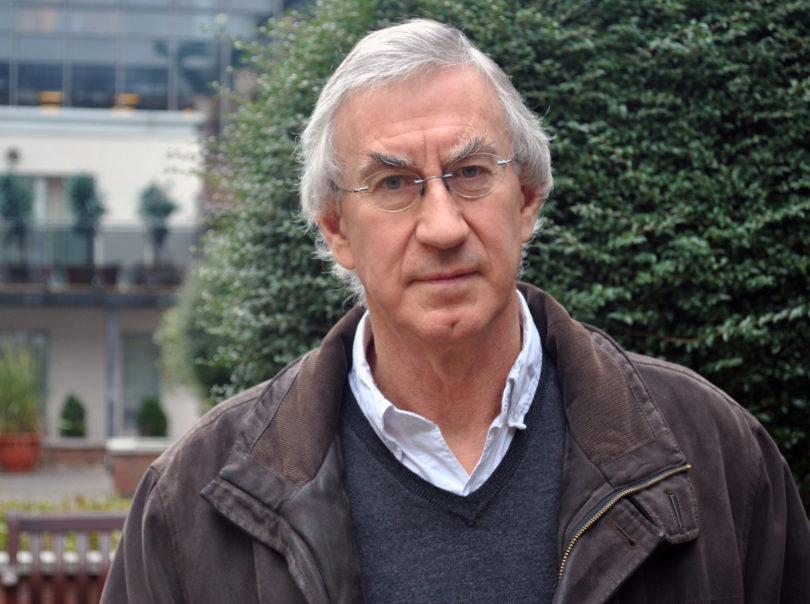 Athens, Ga. – Barry McGovern, an Irish stage, film and television actor, will give a reading from the poetry and prose of Samuel Beckett in a special appearance Nov. 10 at 8 p.m. at Ciné, 234 W. Hancock Ave. The event is sponsored by the Consulate General of Ireland in Atlanta as part of the University of Georgia Spotlight on the Arts festival programming by the Jane and Harry Willson Center for Humanities and Arts.

McGovern will be present for a reception and book signing in the Ciné Lab beginning at 7:30 and continuing after his reading. The event is free and open to the public, but tickets are required.

“Barry McGovern is among the world’s leading interpreters of Samuel Beckett’s dramatic and literary works,” said Nicholas Allen, Franklin Professor of English and director of the Willson Center. “We are very lucky to share his presence in Athens during his current tour, which includes readings from Beckett’s newly published ‘Collected Letters.’ Beckett was one of the 20th century’s great minds-humor, melancholy and sympathy three strands of his imagination.”

McGovern has performed his one-man show, “I’ll Go On” (derived from Beckett’s “Molloy,” “Malone Dies” and “The Unnamable”) around the world since its original production by the Gate Theatre in 1985. He has appeared in films including “Joe Versus the Volcano,” “Braveheart” and “The General.”

Spotlight on the Arts
Presented by the UGA Arts Council, the third annual Spotlight on the Arts features more than 60 events in the visual, literary and performing arts. The nine-day festival, scheduled for Nov. 6-14, includes museum tours, discussions with writers and concerts. For the complete schedule, see www.arts.uga.edu. Follow the Arts at UGA on Facebook at facebook.com/UGAarts or Twitter at twitter.com/UGA_Arts.