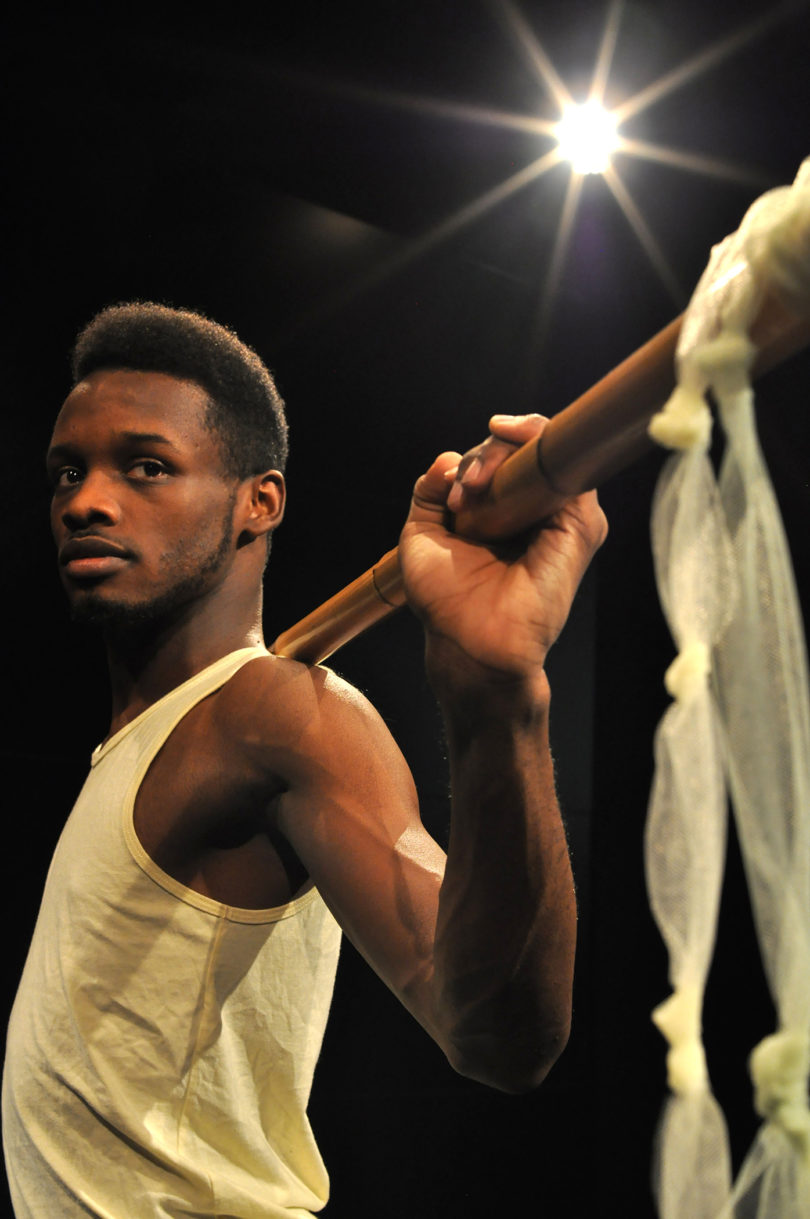 University Theatre will present The Bakkhai

University Theatre will present a contemporary take on the ancient Greek classic tragedy The Bakkhai by Euripides, translated by Robert Bagg. Performances will be in the Cellar Theatre March 25-30 at 8 p.m. with a 2:30 p.m. matinee March 30.

Tickets are $12, or $7 for students, and can be purchased at www.drama.uga.edu/box-office, by phone at 706-542-4400, in-person at the Performing Arts Center or Tate Center box office or at the door before the show.

The original production of The Bakkhai in the fifth century B.C. combined drama, dance and music to honor the god Dionysos. The UGA production is directed by Marla Carlson, an associate professor in the theatre and film studies department.

New Orleans-born percussionist and composer Louis Romanos has created an original score for this production, and Carlson has taken on the role of choreographer in addition to that of director.

“Movement structures are developed through rehearsal, with considerable room left for improvisation even within the performance,” Carlson said. “Like Dionysos, their rhythms move us as embodied individuals and draw us into a collective response regardless of our rational thought processes.”

“This production,” Carlson said, “draws out the play’s powerful resonance with contemporary U.S. culture, which, like the world of this play, seems cleft along religious lines and crazily at war against women.”

Maddened by the new god Dionysos, the women of Thebes have abandoned the city and are dancing on Mount Cithaeron. The old King Kadmos has abdicated, putting his immature and inexperienced grandson Pentheus on the throne.

The Bakkhai is part of University Theatre’s Studio Series, which consists of three productions in an intimate and stripped-down format that puts the focus on acting, directing and the script itself. It also is sponsored by the Jane and Harry Willson Center for Humanities and Arts and the classics department