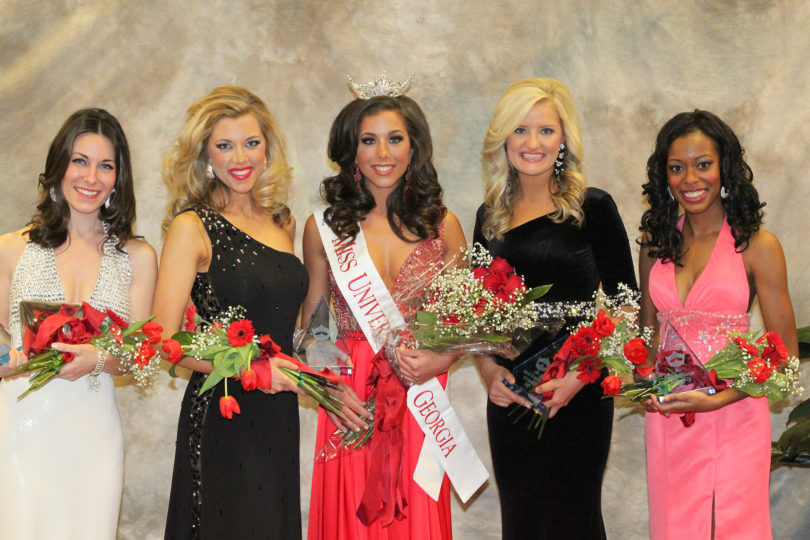 Kenerly is the daughter of Dr. John Lex Kenerly III and Joy Bland Kenerly of Jesup, who was named Miss UGA in 1981.

The “Floreida Harrell Miss Congeniality Scholarship” was given to Lauren Maldonado, a third-year visual journalism major from Lawrenceville, and the “People’s Choice” award, voted on by audience members, went to McKinley Gropp, a third-year math education major from Marietta.

EmmaKate Few, a 15-year-old high school sophomore from Augusta, was crowned Miss UGA Outstanding Teen 2014. She had been appointed to the title last fall.

Kenerly is involved in campus life: she is a UGA Majorette, a member of Zeta Tau Alpha sorority, and has leadership roles with both UGA Relay for Life and HEROs at UGA, a student organization that raises fund for pediatric HIV/AIDS. She was also a member of the Student Government Association’s Freshman Forum.

Kenerly will compete in the 2014 Miss Georgia Scholarship Pageant June 18-21; the winner of that pageant will represent Georgia in the Miss America Pageant.

Emily Bordon, a third-year early childhood education major, was crowned Miss Augusta on Jan. 11 and will also compete at the Miss Georgia pageant.