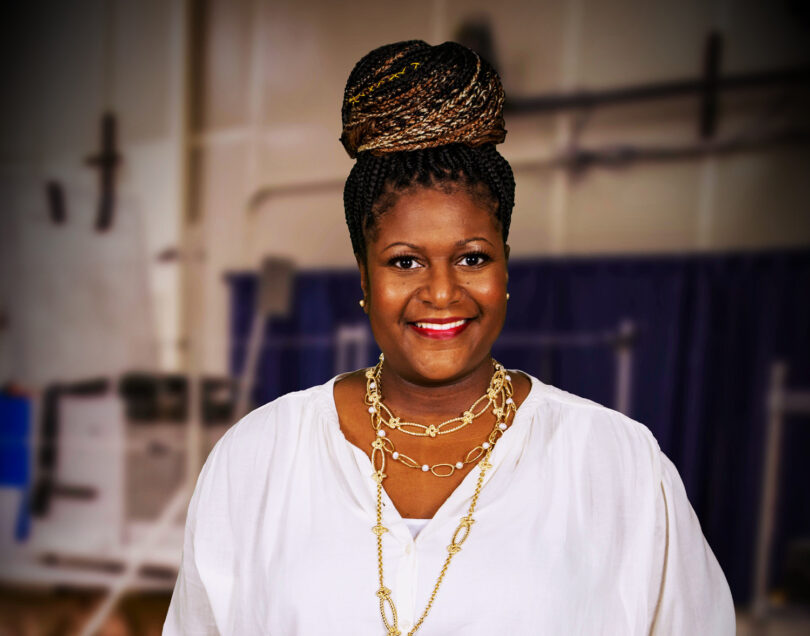 Adrienne Madison didn’t plan to attend the University of Georgia. But she now calls it one of the best decisions she’s ever made.

In 2007, Madison was working toward a master’s in biological engineering at the University of Missouri when her major professor, Mark Haidekker, relocated his research lab to what would become UGA’s College of Engineering. Madison joined him, was accepted into UGA’s doctoral program in biological and agricultural engineering, and made herself a home.

“My time at UGA was destiny fulfilled,” says Madison PhD ’13. “Every aspect of my six years of matriculation has shaped and molded me into the person I am today.”

Madison is one of the College of Engineering’s first graduates, and her doctoral work—which focused on the use of medical imaging and modeling to predict the biomechanical behavior of muscles, tissue, and bones—set her up for some of the most innovative and important work going on in the country right now.

In 2015, she joined the U.S. Army Aeromedical Research Laboratory at Fort Rucker, Alabama. She eventually moved to what would become the Musculoskeletal Injury Prevention and Protection Team and became its chief in 2018. In her role, Madison oversees injury biomechanics research related to military head protection systems for both service members on the ground and in the air.

Central to those systems are helmets, but they are much more sophisticated than that. Advancing technology plays an increasingly important role on the battlefield. And tools such as night-vision goggles, masks, and heads-up display devices can be standard issue for U.S. service members. Helmets are the common mounting platform for those technologies, and the added bulk is significant.

All told, the systems can weigh between 2 and 5 pounds. That may not sound like a lot, but for the service members who wear them for hours on end in what are frequently life-or-death situations, the stress that weight places on their necks can be debilitating.

That’s where Madison’s work comes in.

“So in addition to the weight involved, you also have to consider where you place things on the helmet,” she says. “So if you’re placing something really heavy toward the front of the helmet, then the natural reaction is for your head to fall forward. Those posture changes could affect the mission or contribute to potential long-term muscle injuries.”

Madison’s team conducts both lab and field testing of different scenarios with regard to head protection systems. Since technology upgrades arrive all the time, her work is always like trying to hit a moving target, but one area that has been addressed is helmet guidelines for service members on the ground. Before Madison’s work began, those guidelines existed only for aviators.

Madison takes great inspiration from her family, and in many ways, her career accomplishments honor them. Her father and grandfather are veterans, her mother is a nurse, and her sister is studying mechanical engineering. While Madison figured out early on a medical career like her mom’s wasn’t in her future, the intrigue of science fascinated her.

“I could not resist the temptation of taking things apart and putting them together again—many times unsuccessfully,” she quips. “But one of my most memorable bonding activities with my mom was when she was helping me find topics for the science fair. She really nurtured that in me.”