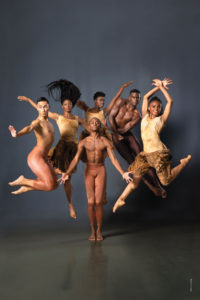 UGA Presents is bringing Ailey II to the Fine Arts Theatre on Jan. 31 for a 7:30 p.m. performance.

The company will make its Athens debut with a program that includes Alvin Ailey’s 1960 classic, Revelations, along with newer works by current artistic director Troy Powell and emerging choreographers.

Ailey personally selected the veteran dancer Sylvia Waters to lead this junior company, and as its artistic director for 38 years, she developed Ailey II into one of America’s most popular dance companies. In June 2012, Waters retired and named Powell, her longtime associate, the new artistic director.

A native New Yorker, Powell began his dance training at age 9 as a scholarship student at The Ailey School. Following his graduation from the High School of Performing Arts, he became a member of Ailey II and then joined Alvin Ailey American Dance Theater in 1991.

In addition to choreographing ballets for America’s leading dance companies, Powell has choreographed episodes of Sesame Street,  America’s Next Top Model and the Polish version of So You Think You Can Dance. He has been featured in an American Express commercial with the Ailey company and has appeared on television in George C. Wolfe’s The Colored Museum and on PBS’s Great Performances: Dance in America.

Tickets for Ailey II start at $55 and can be purchased at the Performing Arts Center box office, online at pac.uga.edu or by calling 706-542-4400. A limited number of discounted tickets are available to current UGA students for $10 with a valid UGA ID (limit one ticket per student).

A pre-performance talk will be given by Nena Gilreath of East Athens Educational Dance Center. Open to the public, the talk will begin at 6:45 p.m. in Room 201 of the Fine Arts Building.