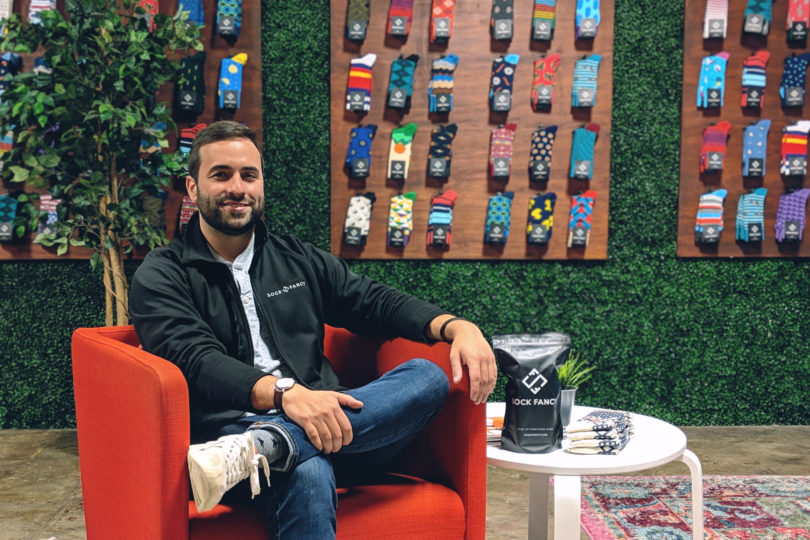 Black Friday and Cyber Monday are the lifeblood of many retailers

Over the Thanksgiving weekend, 164 million U.S. consumers are planning to shop, according to a recent survey by the National Retail Federation.

Black Friday will be the biggest day with 71 percent (116 million) of consumers checking out the deals. Forty-one percent (67 million) are expected to shop on Small Business Saturday, and the weekend will finish up on Cyber Monday, when 46 percent (75 million) plan to peruse online bargains.

Atlanta-based company Sock Fancy – an online sock-subscription provider (sockfancy.com) that was listed on this year’s University of Georgia Alumni Association Bulldog 100 list – has been preparing for this shopping period since the end of September, said co-founder and CEO Stefan Lewinger. “About half of our revenue is done in the three weeks from Black Friday to Christmas Day. We go from an evergreen seasonal sock company to a gift factory. It’s a bit like Santa’s elves’ studio in here right now. From the office I can see computers going and a couple of our designers are working on more holiday ads or promotions as we speak.”

Lewinger, who received his bachelor’s degree in political science from UGA in 2011, didn’t expect the business to work this way. “I always thought it would be for the avid sock lover, whatever niche that might be. But it turned out that it just made so much sense as a gift because everybody knows a sock guy or somebody who maybe needs some better socks.”

Julio Sevilla is an associate professor of marketing in UGA’s Terry College of Business who studies consumer behavior. He said the impact of Black Friday has decreased a bit in recent years, but it’s still usually the biggest selling day of the year. “Sometimes it’s the Saturday right before Christmas, but it’s often Black Friday. However, it has gone down from its peak because people these days can buy online.”

Black Friday got its name, said Sevilla, because many stores are in the red for the whole year and then stores start making money. “It’s their No. 1 day of the year and then you have the whole December season in which they finish covering all of their costs and they get into positive territory.”

Because there are now so many good deals online, especially on Cyber Monday, store retailing is facing several challenges, said Sevilla. Small local businesses, however, may benefit more from Black Friday because they don’t experience the same competition from online deals. Sevilla said, “Usually if you’re thinking about buying at a local store you probably don’t think about buying online from them.”

Sock Fancy is booming, in part from the seasonal benefits of gift-giving between Black Friday and Christmas. “We started in 2013, we have grown on average over 100 percent every year for the last five years,” said Lewinger.  This year, Lewinger said the company landed just outside the top 500 on Inc.’s list of fasting growing North American companies. “We were at 543 so we’re super excited about that.”

And now Sock Fancy landed in the Bulldog 100. The company operates out of a 5,000-square-foot warehouse in Atlanta and employs 15 people, contributing to the retail industry that is an important part of Georgia’s economy. According to the NRF, the state’s retail industry supports more jobs than the number of passengers traveling through the Atlanta airport each workweek. That’s a lot of jobs, a key part of the retail industry, which has a $75.6 billion impact on Georgia’s gross domestic product.