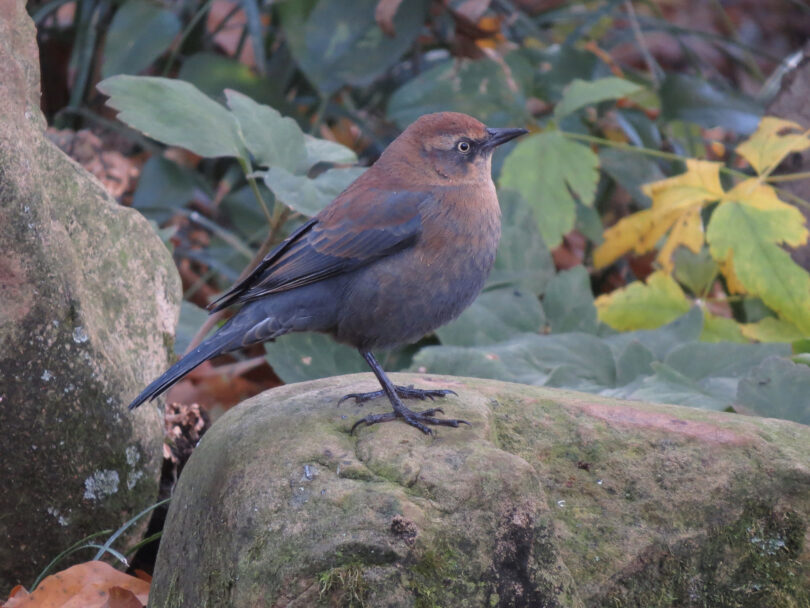 The rusty blackbird typically migrates from northern Canada to the United States during winter. (Submitted photo)

Understanding how it affects infection risk has implications for public health

Long-distance animal migrations can trigger relapse of dormant infections, influencing when and where infection risk peaks, according to a new paper in Proceedings of the Royal Society B. The findings demonstrate that relapse can increase or decrease infection levels in migratory species, depending how deadly the disease is, and where in the migratory range it can be transmitted. As migratory animals often carry diseases that can jump from animals to humans, understanding how migratory relapse can shape infection risk has implications for public health.

Animal migration has the potential to influence the transmission of infectious diseases through several mechanisms. Migration can expose hosts to a greater number of infectious diseases because they cover a larger area and visit more habitats than residents. However, as long-distance movement is energetically taxing, migration can have a culling effect on infected hosts, thus reducing infection risk.

“Infection carries costs, and if you thought about running a marathon while having the flu, it would be very hard to complete the marathon,” said the paper’s senior author, Richard Hall, an assistant professor at the University of Georgia. “The same is true for infected animals. Because infected animals are less likely to survive migratory journeys, in general, we predict that migration should lower the fraction of the population that is infected.”

Hall said that this was not the case for all infections, however.

“For some infections carried by migratory birds, including avian malaria and the bacteria that causes Lyme disease in people, the animal doesn’t fully clear the infection, but instead the infection goes dormant until a stressful event like migration allows it to reactivate,” he said. “In this case, reactivating dormant infections can cancel out the loss of infected animals that die during migration, and can lead to an increase in the number of infected animals throughout the year.”

To better understand this phenomenon, known as migratory relapse, Hall and colleagues Daniel Becker and Ellen Ketterson of Indiana University developed a mathematical model to explore patterns of relapsing infections in migratory animals, and the implications for where and when infectious disease risk is highest.

Their model describes the annual cycle of a migratory animal, including a breeding season, a migration season and an overwintering season. It shows that for more benign pathogens that typically don’t kill their hosts, relapse can amplify infection throughout the year, and may play a key role in maintaining those pathogens in migratory populations. However, for deadlier and more easily transmitted pathogens, migratory relapse can have the opposite effect, reducing infection across the annual cycle by culling infected hosts during travel.

The model was developed using data from the dark-eyed junco, a North American migratory songbird, but the structure applies to other migratory bird and bat species that harbor relapsing pathogens. Hall explained that one would expect to see similar patterns of infection risk peaking at the start or end of migration for any animal where preparation for, or completion of, migration causes many latently infected animals to relapse. 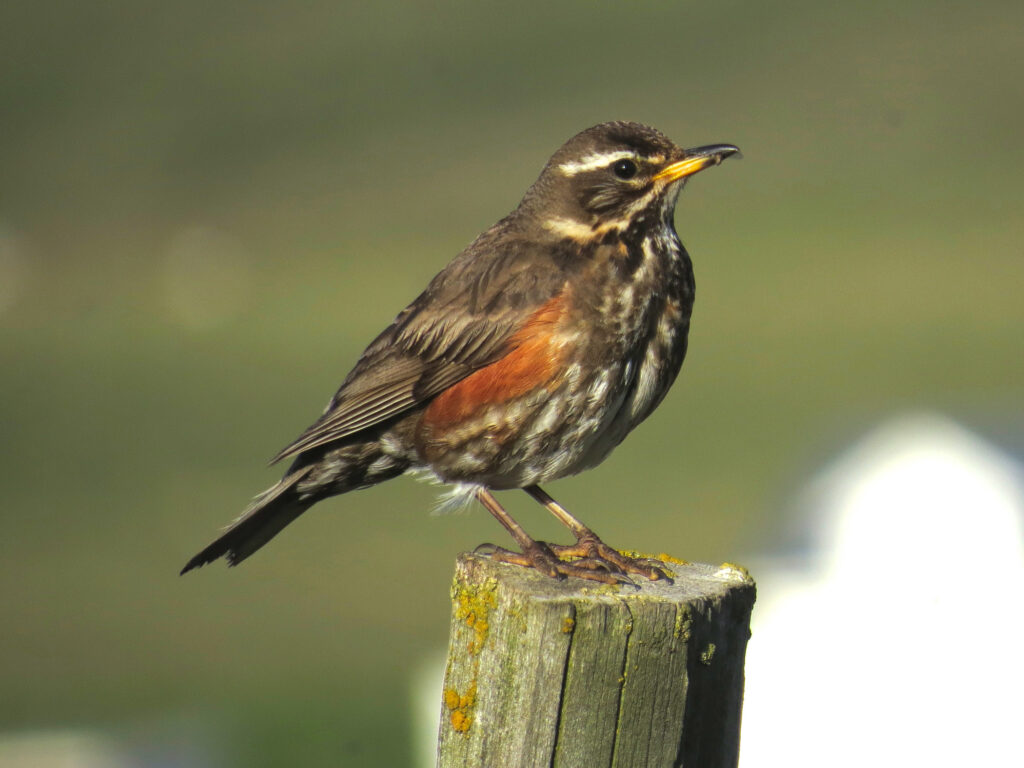 Some redwings come from Iceland to winter in Scotland and Ireland. Others come from Russia and Scandinavia to winter in southern England and further south in Europe. The first redwings reach the U.K. in October. They spend the autumn in hedges and orchards, where they feed on fruit and berries. (Submitted photo)

Their study is among the first to investigate how relapsing infections influence the seasonal timing of infection risk in migrants.

“Most other mathematical models describing infection dynamics in migrants do not include that phenomenon of relapse,” said lead author Daniel Becker, a postdoctoral fellow at Indiana University. “When you do not include relapse, generally we find that infection peaks at the sites where animals spend the most time together, such as the breeding or wintering sites. However, relapse can cause more animals to be actively infectious during migration, potentially exposing other species they encounter on their journeys, including humans.”

Many animal migrations are in decline, and some animals are forgoing migration altogether.” — Daniel Becker

Another factor the researchers considered was environmental change, which has altered migration patterns. Hall explained that this has important implications for the spread of infectious disease. “Many animal migrations are in decline, and some animals are forgoing migration altogether. This is why we want to study how migration influences parasitism, and what happens to infection patterns as migrations become less common,” he said.

The model results suggest that in some cases, a shift from migratory behavior to residency could result in fewer infections, because the lack of migration could prevent latent infections from reactivating. However, for deadlier pathogens the opposite is true. In the absence of the energy demands of migration, infected animals could be less likely to succumb to infection and could thus cause more transmission.

Hall emphasized the need for surveillance is to conserve migratory bird populations and to safeguard public health. “One motivation for this study is because migrants increasingly share habitats with domestic animals and people, where they could be exposed to novel pathogens that could exacerbate their declines. Alternatively, they could carry diseases that are of public health concern over large distances. This study highlights that surveillance for potentially zoonotic diseases along migratory routes, not just in breeding or wintering areas, is essential,” he said.

The paper is available at http://rspb.royalsocietypublishing.org/lookup/doi/10.1098/rspb.2020.1829. This research was led by Daniel J. Becker and Ellen D. Ketterson with the Department of Biology at Indiana University, and Richard J. Hall, with the Odum School of Ecology and Department of Infectious Diseases, College of Veterinary Medicine at the University of Georgia. Becker and Hall are members of UGA’s Center for the Ecology of Infectious Diseases. Ketterson is Scientific Advisor and Founding Director of the Environmental Resilience Institute, Indiana University.

Funding for the research was provided by the Intelligence Community Postdoctoral Research Fellowship Program, administered by Oak Ridge Institute for Science and Education through an interagency agreement between the U.S. Department of Energy and the Office of the Director of National Intelligence. The Environmental Resilience Institute is funded by Indiana University’s Prepared for Environmental Change Grand Challenge Initiative and by the National Science Foundation (DEB-1754392 and DEB-1911925).