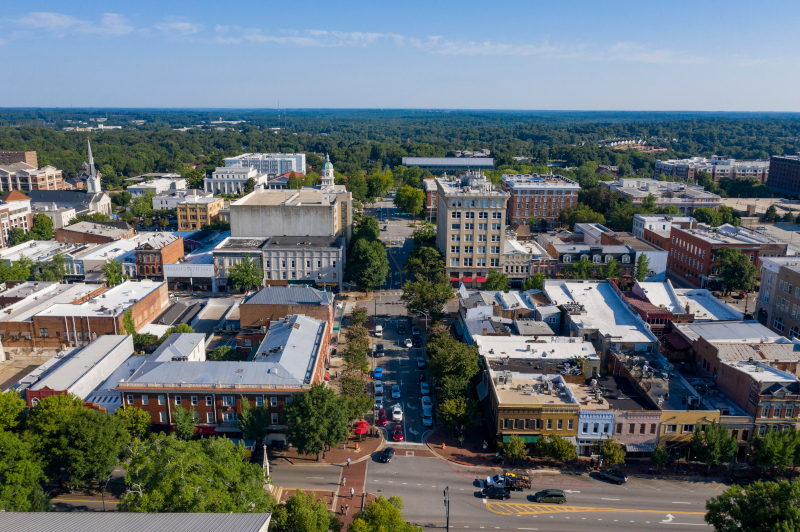 The University of Georgia has enhanced its economic impact through research commercialization, community engagement and industry partnerships. (Photo by Andrew Davis Tucker/UGA)

The University of Georgia has been reaffirmed as an Innovation and Economic Prosperity University by the Association of Public and Land-Grant Universities (APLU).

The Innovation and Economic Prosperity (IEP) designation recognizes institutions that demonstrate a substantive, sustainable and institution-wide commitment to and strategy for regional economic engagement, growth and economic opportunity. UGA was one of only 16 universities in the country to receive the initial designation in 2013.

“This recognition by APLU is a symbol of the University of Georgia’s national leadership among land-grant institutions,” said UGA President Jere W. Morehead. “I commend our faculty, staff and students for their hard work and commitment to strengthening the state of Georgia through innovation and economic development.”

“UGA was one of the very first institutions to earn this distinction and remains one of only 66 to be recognized as IEP designees,” said Shalin Jyotishi, program director for APLU’s IEP Universities. “Its successful completion of the five-year interim process affirms UGA’s substantive commitment to promoting regional economic and community development.”

To be recognized as a designee, UGA completed a rigorous and reflective self-study with both internal and external stakeholders to pinpoint what it was doing well and what it needed to improve. For its interim report to reaffirm its designation status, the university proved that it had made progress and continues to make progress toward the goals it laid out five years earlier.

The university and a diverse group of statewide stakeholders identified three main goals in its initial application: (1) partnering for economic growth, (2) facilitating interactions between the public and the university and (3) improving communication of economic development contributions.

The reaffirmation recognizes that we have continued to build upon our initial goals and strengthen our public partnerships. Economic vitality is at the heart of the land- and sea-grant mission and ensures prosperity for all Georgians.” — Jennifer Frum, vice president for UGA Public Service and Outreach.

“Our team’s five-year review process revealed that UGA has remained true to those three core goals and has constantly improved its efforts,” said Sean McMillan, director of economic development for UGA in Atlanta. “It is an honor for the university to be once again recognized as a national leader by APLU.”

UGA has expanded upon numerous community- and technology-based development initiatives since it was first named an IEP designee. Some include UGA’s economic development office in Atlanta, which serves as a connection between the university and Georgia’s economic development community; the UGA Archway Partnership, which helps identify and address community and economic needs across the state; and Innovation Gateway, UGA’s research commercialization program.

“Partnering with industry to help move research discoveries to the marketplace has long been a priority for UGA, and we can point to significant successes for the state and beyond,” said David Lee, vice president for UGA research. “The relatively recent reorganization of our technology commercialization activities into one seamless unit, Innovation Gateway, has allowed us to take our game to an even higher level.”

APLU is a research, policy and advocacy organization dedicated to strengthening and advancing the work of public universities in the U.S., Canada and Mexico. The association’s membership includes 246 public research universities, land-grant institutions, state university systems and affiliated organizations.