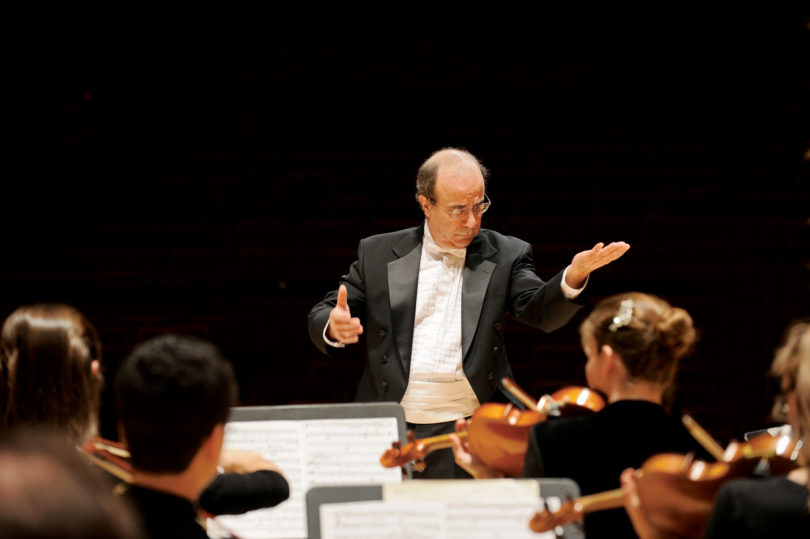 The ARCO Chamber Orchestra will perform under the direction of Levon Ambartsumian.

The Performing Arts Center will present the ARCO Chamber Orchestra Nov. 5 at 8 p.m. in Hodgson Concert Hall. Artistic director Levon Ambartsumian will conduct the concert, which will feature violinist Vladimir Ivanov, chairman of the violin department at the Moscow Tchaikovsky Conservatory, and guitarist Phil Snyder, founding member of the Georgia Guitar Quartet. The program will include works by Vivaldi, Bach and Shostakovich.

Tickets for the ARCO concert are $20, with discounts for UGA students. Tickets can be purchased online at pac.uga.edu or by calling 706-542-4400.

The ARCO Chamber Orchestra was founded in 1990 by Ambartsumian during his years as professor of violin at the Moscow Tchaikovsky Conservatory. The orchestra’s reputation grew following tours of Italy, Spain, Germany, Romania, France and Korea.

In 1995, Ambartsumian joined the UGA faculty as the Franklin Professor of Violin, while remaining artistic director and conductor of ARCO. He was able to bring some of his students with him to the U.S., and his orchestra has now become a talented international blend of musicians at UGA’s Hugh Hodgson School of Music.

ARCO performed in Weill Recital Hall at Carnegie Hall in 2001 and has been invited to return every year since then. Ambartsumian and ARCO have released more than 30 CDs on recording labels in the U.S. and Russia.