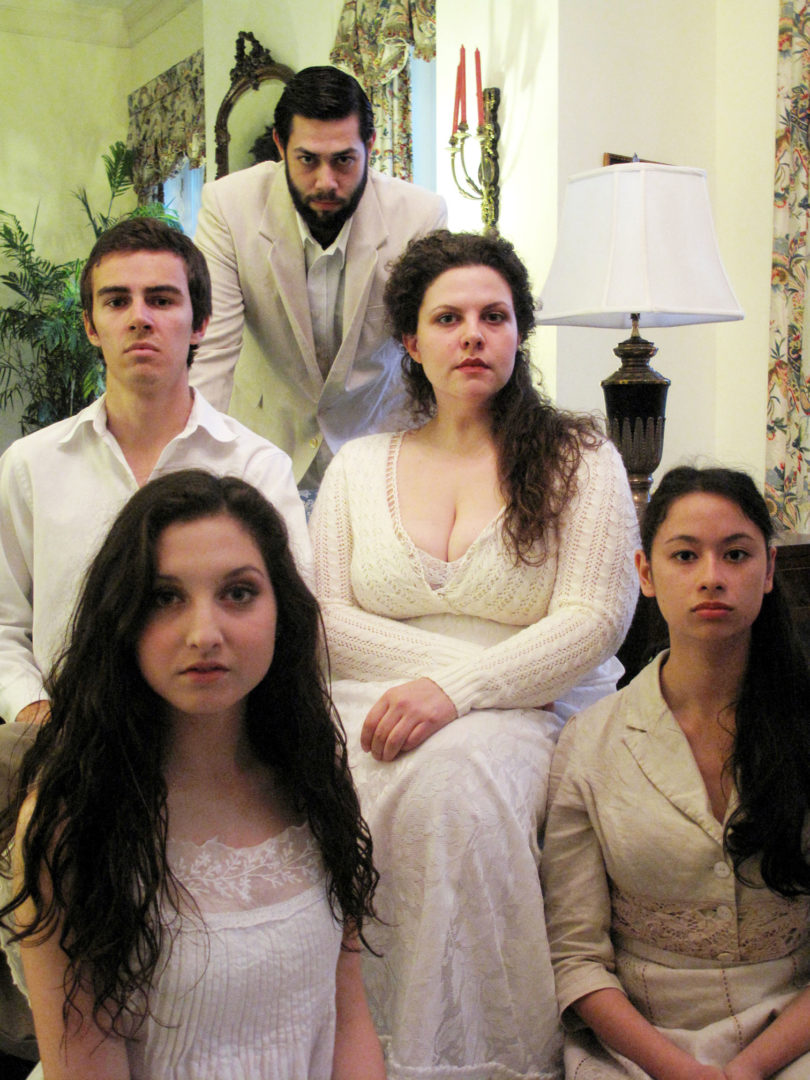 Performing in the play are: (clockwise from top left) Matt Bowdren

Set in the Midwestern town of Armitage in the 19th century, the play tells the dark and twisted story of the Pendragon family: patriarch Zachary Pendragon, his enraged stepdaughter and his tormented son. Over the course of the play, the family’s secret is gradually revealed. The stories of Camelot serve as the frame for this Gothic drama.

Nigro is one of America’s most prolific playwrights, having written more than 300 plays, many of which have been produced to acclaim throughout the world. Director Kristin Kundert-Gibbs, associate professor of theatre and film studies, has worked with the playwright several times, including on the original staged reading of Armitage, and she draws on this personal relationship in the current production.

University Theatre’s production of Armitage is part of the Studio Series, which consists of four productions each year presented in an intimate and stripped-down format. The production will contain nudity and adult content and is not suitable for young children.

Tickets can be purchased through www.drama.uga.edu/events/boxoffice, by phone at 706-542-4400, in person at the Performing Arts Center box office or at the door before the show.