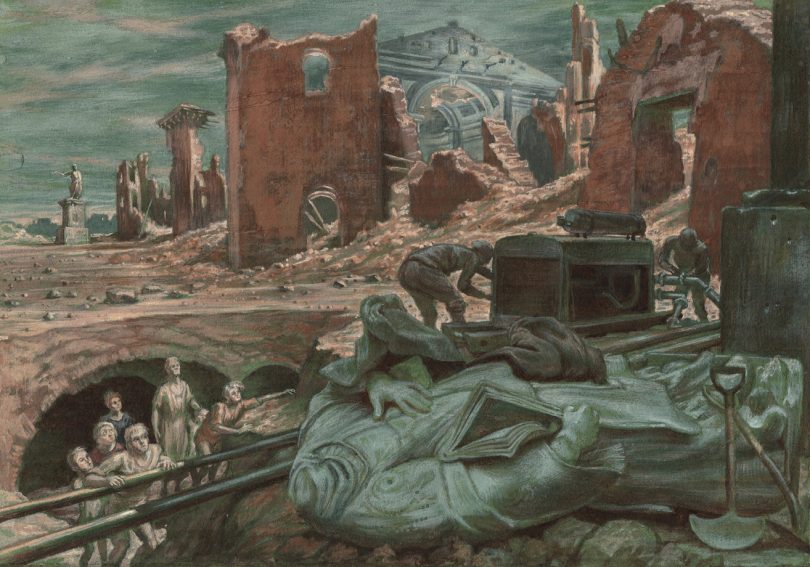 The Georgia Museum of Art at the University of Georgia will participate this summer in Blue Star Museums, a program organized by the National Endowment for the Arts that offers free admission and special discounts to military personnel and their families from Armed Forces Day (May 15) through Labor Day (Sept. 6).

Blue Star Museums is a collaboration among the National Endowment for the Arts, Blue Star Families, the Department of Defense and museums across the United States. Each summer since 2010, Blue Star Museums have offered free admission to the nation’s active-duty military personnel and their families, including National Guard and Reserve

Although admission to the museum is always free, the Museum Shop is offering a 10 percent discount for military personnel and their families. Last summer, although it was closed to the public, the museum created an online exhibition to celebrate military artists. “Recognizing Artist Soldiers in the Permanent Collection” remains on view on the museum’s website and has been updated with new artists since last summer. The exhibition includes artists who served in conflicts from the Revolutionary War through the Korean War.

Each work of art includes details about the artist’s military service, from Paul Revere’s use of engineering skills to measure cannonballs to James McNeill Whistler’s expulsion from West Point for long hair and a bad attitude to war artists like John Singer Sargent and William Aylward. The painter Jacob Lawrence was drafted into the U.S. Coast Guard during World War II. At first, he served in a segregated regiment, but in 1944 he joined the first racially integrated crew on the cutter Sea Cloud. He worked as an artist to document military life as he traveled to Europe with the crew. The exhibition highlights these stories and others, enriching our picture of both military and artistic life. The exhibition also contains a link to a contact form through which visitors can submit ideas for other artists to include. You can find “Recognizing Artist Soldiers” at georgiamuseum.org, under the “online exhibitions” tab.

The exhibition “Extra Ordinary: Magic, Mystery and Imagination in American Realism,” on view in person through June 13, also includes many artists who served in the military or made work about World War II. Paul Cadmus’ painting “Playground” addresses conscription, Peter Hurd served as a combat artist, and Edward Laning’s study for “Pipeline Through Tuscany, Benevento” seems to show a war scene in Europe.

The nationwide list of participating museums is available at http://arts.gov/bluestarmuseums as is a parent toolkit for visiting museums with your family.