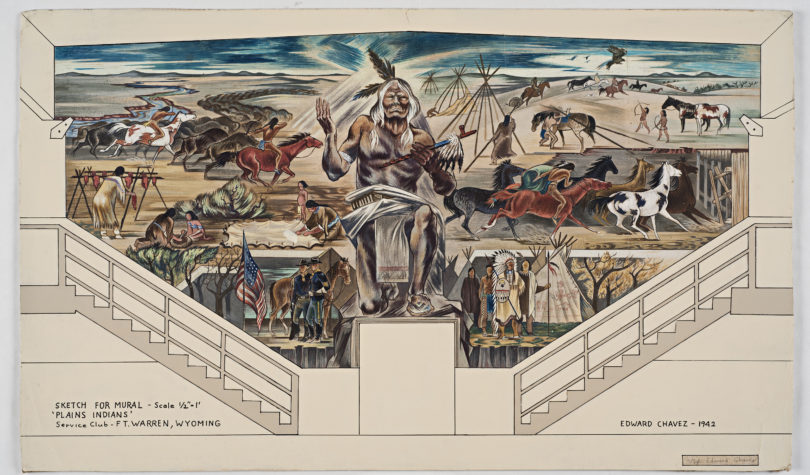 The Georgia Museum of Art at the University of Georgia will participate this summer in Blue Star Museums, a program organized by the National Endowment for the Arts that offers free admission and special discounts to military personnel and their families from Armed Forces Day (May 18) through Labor Day (Sept. 2).

Blue Star Museums is a collaboration among the National Endowment for the Arts, Blue Star Families, the Department of Defense and museums across the United States. Each summer since 2010, Blue Star Museums have offered free admission to the nation’s active-duty military personnel and their families, including National Guard and Reserve.

Although admission to the museum is always free, the Museum Shop is offering a 10 percent discount for military personnel and their families. Works of art in the permanent collection galleries created by artists who served in the military will be marked with a blue star, and several exhibitions on view will be of special relevance.

“Celebrating Heroes: American Mural Studies of the 1930s and 1940s from the Steven and Susan Hirsch Collection,” organized by the Frances Lehman Loeb Art Center at Vassar College in Poughkeepsie, New York, and on view at the museum July 6 – Sept. 15, includes several works of note. Edward Chávez, for example, painted “Panorama of the Plains” for the U.S. Army Morale Division. He also painted murals for U.S. Army mess halls during World War II. Arnold Blanch served in the U.S. military during World War I.

The exhibition “Larger Than Life” (on view June 8 – Sept. 8) also focuses on mural studies but is selected from the museum’s holdings by Deputy Director Annelies Mondi. It will feature work by Howard Cook, who served as an official artist for the U.S. Navy during World War II, and Stefan Hirsch, who also served in the military.

The museum has signed on to the program in an effort to connect the arts and military communities and as a way to thank military families for their service and sacrifice. Beginning in World War I, the U.S. military commissioned artists to make official records of military efforts in both war and peace. Artists including John Singer Sargent, John Steuart Curry and Yasuo Kuniyoshi created paintings to remember the horrors of war, posters to encourage military service and drawings to record the atrocities of the enemy.

The nationwide list of participating museums is available at http://arts.gov/national/blue-star-museums as is a parent toolkit for visiting museums with your family.