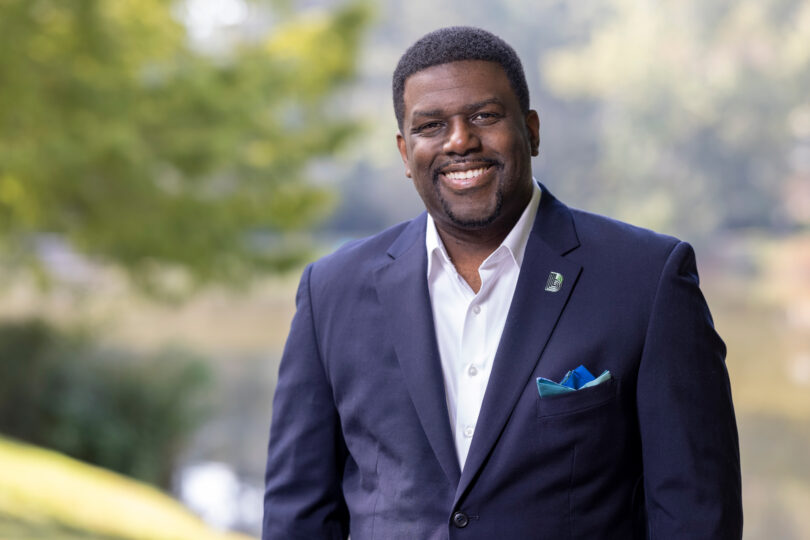 Growing up, Artis Stevens remembers sitting in the church pews listening to his father preach. His dad was a minister, his grandfather was too. Many believed that Artis, the youngest child in a large family, would follow in their footsteps. At a young age, Artis even asked his father if he should be a minister. The response stuck with him.

“Everyone has their ministry in the world,” he said. “You have to find yours.”

Stevens AB ’97 discovered his ministry in mentorship and supporting others, particularly young people. In January 2021, he became the first Black CEO in the 117-year history of Big Brothers Big Sisters of America, the largest donor- and volunteer-supported mentoring network in the country. Stevens credits his student experience at the University of Georgia for guiding him on his first steps.

“The university has been reflective of my life’s journey,” says Stevens, a native of Brunswick. He was the first member of his family to go to college. He speaks of his immediate family and home community as the village that raised him and helped him grow.

When he came to Athens, he found a new village that taught him new lessons.

“One of the first times I had the opportunity to work with different personalities and different groups was Freshman Council,” he says. “What the university meant for me was not just the learning, but cultural awareness. I could walk into any room and understand how to relate to and connect to different audiences because the university was so diverse.”

At UGA, Stevens got involved everywhere he could. He became an RA; joined Alpha Phi Alpha Fraternity, where he volunteered for various community projects; and was named president of the Black Affairs Council. After he graduated, Stevens thought he might go to law school, but a trip home led to his first job helping reshape a community.

He worked at the housing authorities, first in Brunswick, then Atlanta, before moving to Boys and Girls Clubs of America as their vice president of marketing, strategy, and operations. In 2014, he was named senior vice president of the National 4-H Council. In 2020, Big Brothers Big Sisters of America reached out to Stevens to encourage him to apply for the CEO position. He knew it was the right move.

“It was like looking in a mirror. I saw myself in the experiences of these kids and of the community,” he says. “I knew that was where I was supposed to be.”

More than 70% of the children served by Big Brothers Big Sisters of America are from communities of color. Having a mentor who looks like them can be a turning point in the life of a boy or girl. It’s something Stevens stresses frequently.

“I grew up in a community where people were willing to work with and encourage me,” he says. “Some of the hurdles in getting involved with mentorship is that people may think it’s too hard. The beauty of mentorship isn’t that you have to be perfect. You just have to be authentic.”

Stevens says that mentorship is about legacy. It’s a term he doesn’t use lightly. He is proud of the legacy he left at the University of Georgia, where he was one of the co-founders of the Rite of Sankofa, a rite-of-passage ceremony that has its origins in West Africa and is now a tradition among the university’s Black graduating students.

Stevens also thinks about the legacy his father and one of his older brothers left him. They both died earlier this year.

“You do what you do so the next generation has it better,” Stevens says. “That’s your hope and aspiration.”