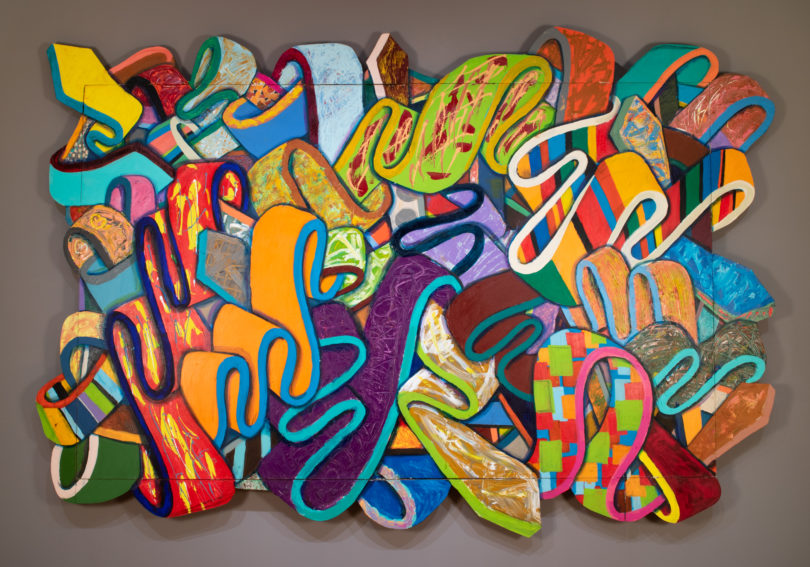 Known for featuring voting rights in his art, artist Kevin Cole is receiving the Larry D. and Brenda A. Thompson Award from the Georgia Museum of Art at the University of Georgia. An exhibition of his work will be on display from Jan. 25 through April 19.

Organized by Shawnya Harris, the museum’s Larry D. and Brenda A. Thompson Curator of African American and African Diasporic Art, “Kevin Cole: Soul Ties” will include several of Cole’s multimedia works. “When My Scars Are My Testimony,” on view in the museum’s M. Smith Griffith Grand Hall, uses twisted neckties made of etched aluminum to confront the history of African American suffrage. Cole uses the motif of the necktie to represent masculine power through fashion and to symbolize the hundreds of African American males murdered by lynching and other racial violence while attempting to vote.

The tie motif is also visible in Cole’s other work in the exhibition, including “Spiritual Celebration with Miles, Dizzy and Coltrane” (1992), a mixed-media work that addresses the rich and spontaneous history of jazz and blues music. Cole emphasizes the improvisational nature of these music genres with his use of colorful, painted mixed-media construction.

Cole is a painter and mixed-media artist from Pine Bluff, Arkansas, who has grown prominent in Atlanta, Georgia, and nationally. He received a bachelor’s degree in art education from the University of Arkansas in 1982, a master’s degree in art education and painting from the University of Illinois at Urbana-Champaign in 1983 and a Master of Fine Arts degree from Northern Illinois University in 1985. He then relocated to Atlanta to begin a 30-year teaching career in the Atlanta public school system, from which he is now retired.

Cole writes of his work, “While it is rooted in a place of targeted tragedy, the energy that drives its curvilinear twists, knots and loops is the energy found in the souls of ALL those who toil triumph every day against the odds and against the unheralded tragedies of life.”

The museum presents the Larry D. and Brenda A. Thompson Award annually to a living African American artist who has a strong connection to Georgia and has made significant but often lesser-known contributions to the visual arts tradition of the state. It is named for the couple who donated 100 works by African American artists from their collection to the museum and endowed Harris’ curatorial position. Cole will receive the award at the museum’s Black History Month Dinner and Awards Celebration, to be held Feb. 28. 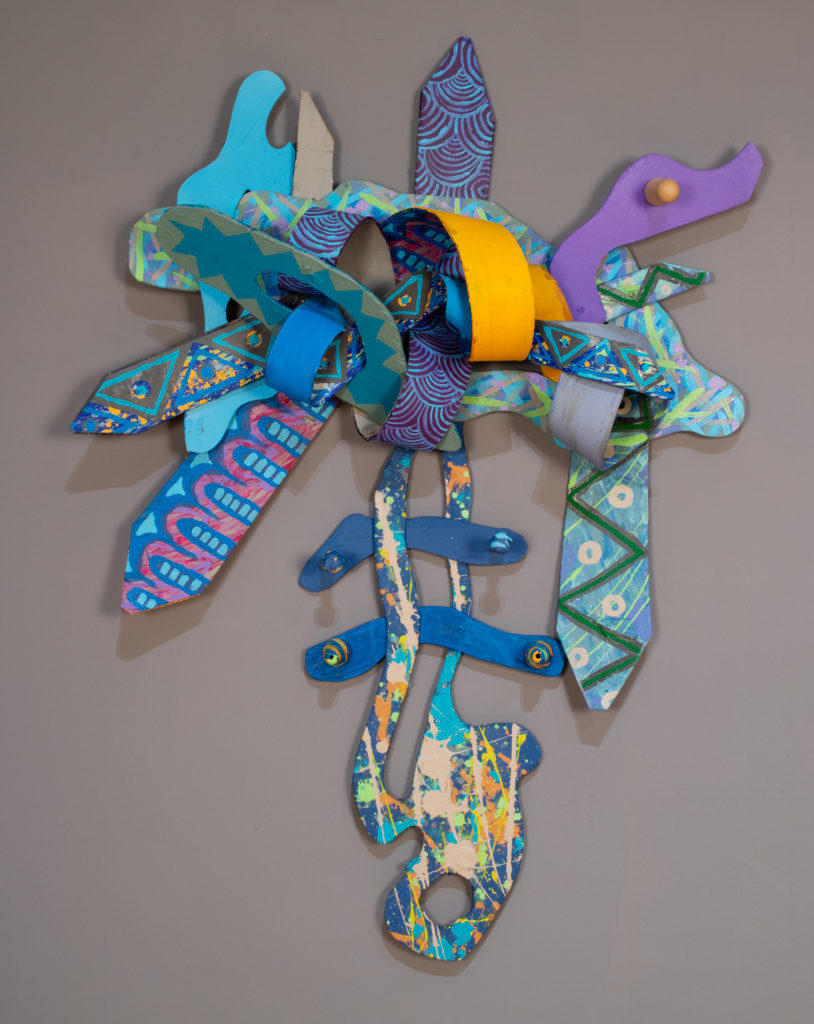 Cole was named Georgia State Artist of the Year in 1996. In his career, he has received 66 art awards, 27 grants and fellowships and 51 teaching awards, and his work is featured in more than 3,600 collections nationwide. He has also completed over 35 public art commissions, most notably the Coca-Cola Centennial Olympic Mural for the 1996 Olympic games and “Soul Ties That Matter,” a 55-foot-long installation for Hartsfield-Jackson Atlanta International Airport in 2018.