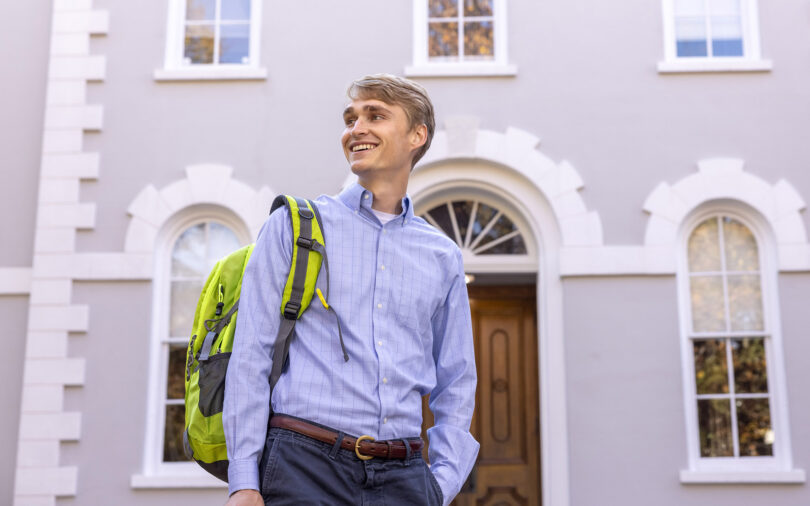 William Ross graduated fall 2021 with many achievements under his belt

William Ross’ sense of fairness was apparent in his first business venture, a pine straw spreading business he started at age 16. It was successful enough that he was able to pay his workers $20 an hour, well over the minimum wage.

“My family pushed me to care about others in general,” Ross said. “Every morning since middle school my mom would instruct me to ‘Thank your teachers’ and ‘Remember the little guy.’”

Ross was born in Paducah, Kentucky. His father is a surgeon and his mother an active volunteer. His family moved around a lot as he was growing up, at one point landing in the same Hendersonville, Tennessee, neighborhood as a pre-fame Taylor Swift, who would give neighborhood concerts on July 4. 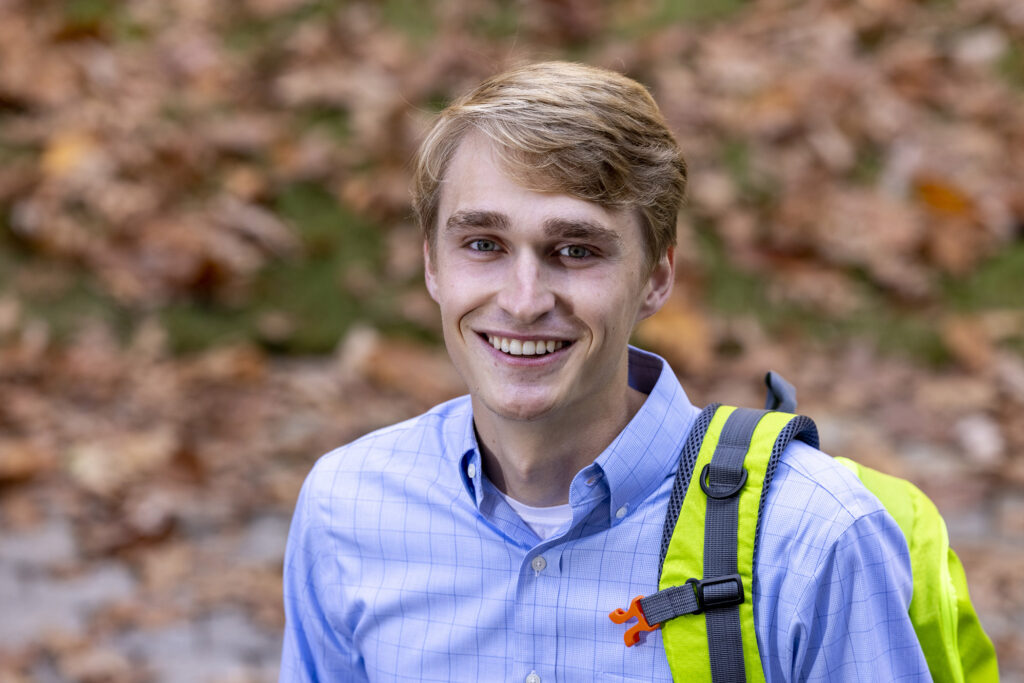 This December Ross will graduate with dual degrees in finance and economics. The 4.0 student is a Foundation Fellow, selected in high school as one of 20 incoming students to receive the University of Georgia’s highest undergraduate merit scholarship, and he has a strong entrepreneurial bent.

During his time at UGA, he co-founded two tech startups: Reckit Inc., a curated social media platform where friends can share and receive recommendations, and Appa, a mobile map-based application for people experiencing homelessness. 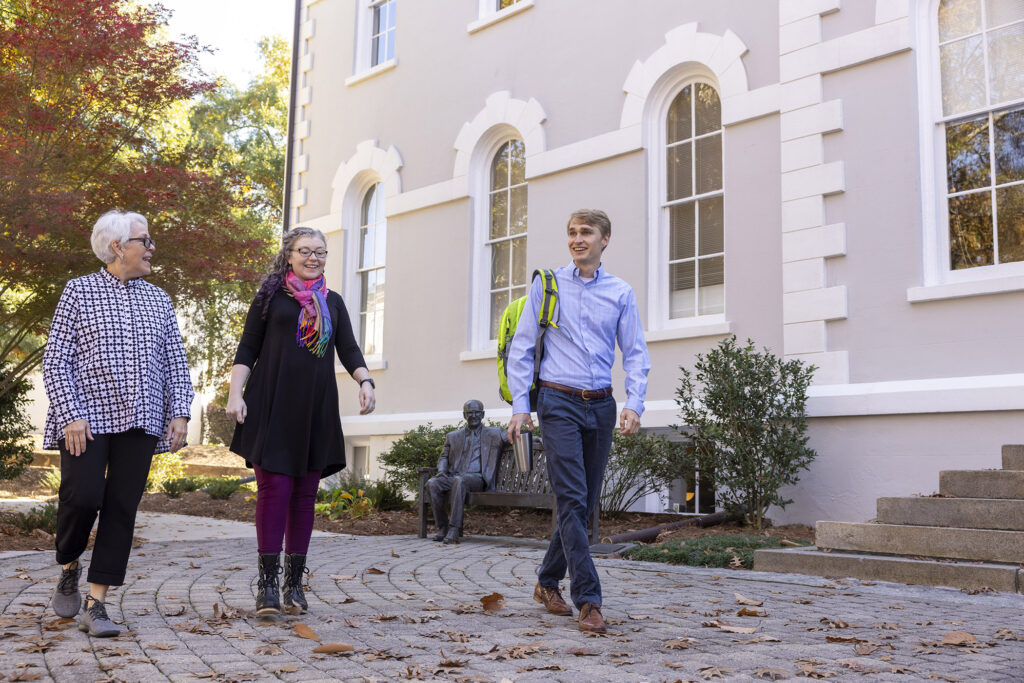 But what sets him apart is how, as he succeeds and achieves, he is careful to bring others up along with him.

As the president of UGA’s Corsair Society, a networking group for investment banking, management consulting and technology, he made recruiting traditionally unrepresented groups a priority. “It was important to me to make sure that everyone had access to the society. We wanted people of the LGBTQ+ communities and people of color to be able to feel welcome,” he said.

He worked on recruiting people through alternative social channels after noticing that most people were recruited through personal connections. “We ended up with the most diverse class ever, and it made a very big difference in terms of the class success and growth from students within the class.” 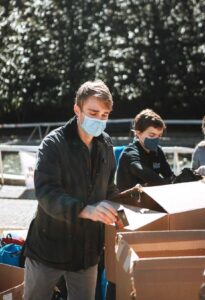 His focus on others is most notable in his work as the CEO of The Backpack Project, a student-run nonprofit dedicated to easing the burden of homelessness. Volunteers hand out backpacks filled with essential supplies, in the process establishing personal connections so that they are better able to connect folks with other resources and services. They’ve packed over 13,000 backpacks, won national grants, grown their donor base and cooked and distributed thousands of weekly meals.

“People often place blame on our clients in ways uncommon in other important charitable domains,” Ross wrote in his application essay for deferred MBA programs. “I’ve witnessed extreme cruelty as a result: a six-months pregnant client sheltering from the snow under a tarp, a camp of people’s homes bulldozed by the power company, an unsheltered woman my mom’s age kicked in the mouth by a college student late at night while sleeping outside a Captain D’s, another woman who threw herself in front of a car just so she could take shelter in the ER.”

Still, at TBP every client gets care, attention and a backpack or meal. “It’s about seeing people as neighbors and making sure that they’re OK no matter what.”

Ross has used the same business organizational skills from his entrepreneurial ventures to develop plans to expand TBP across the southeast.

He hopes to earn an MBA, then pursue entrepreneurial and finance ventures, perhaps ending up in government, all while staying involved with TBP. “That’s something that’s going to be a core tenet of my life.”

Even while doing the interview for this story, he was thinking about how his story might help others. “I think there are so many people, especially in finance, who look and see this set out path and it just seems to be a given, but that takes the zest out of life and leads to a commoditized experience,” he said. “I just want more and more people to forge their own path and do whatever makes them feel fulfilled.”