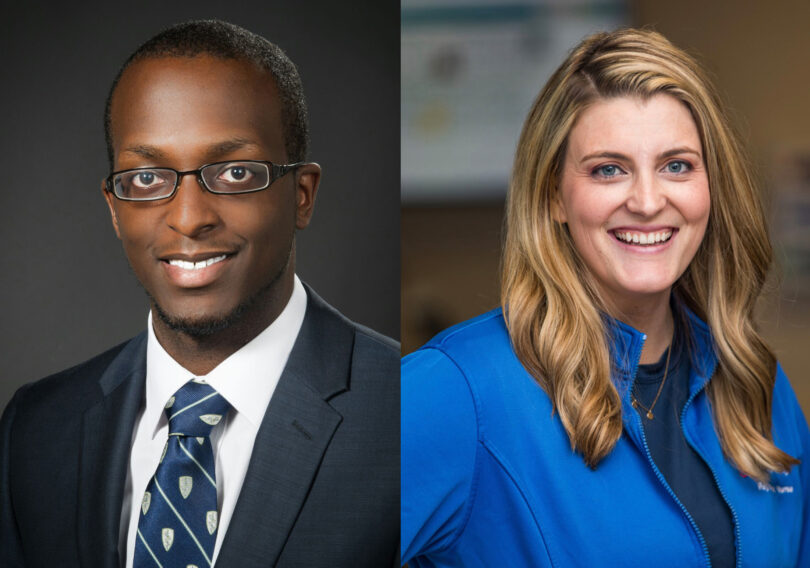 As student-athletes, Asaph "Ace" Levy BS '11 and Sarah McCloud Voth BS '12, BSHP '12 starred for the UGA track and softball teams, respectively. As alumni, they are fighting the COVID-19 pandemic from the frontlines--Levy as a doctor in New York and Voth as a nurse in Texas.

The triple jump isn’t something Asaph “Ace” Levy thought would prepare him to join the fight against a global pandemic. But the fighting spirit that pushed him on the track has proved invaluable in the New York City hospital where he comes face-to-face with COVID-19 almost every day. 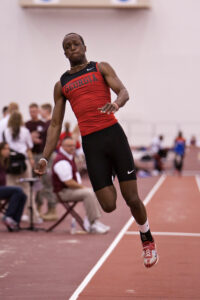 “Getting through all challenges boils down to two things: God and tenacity,” says Levy BS ’11, who is the senior chief resident of the Diagnostic and Interventional radiology at Lenox Hill Hospital on Manhattan’s Upper East Side. “These are the things that have helped me get through this pandemic but also the same virtues that propelled me on the track and in the classroom at UGA. I guess you could say that it’s my inner Dawg that keeps me going.”

Levy, a native of Toronto who graduated high school in Kennesaw, earned a degree in biology from UGA while also competing in the triple jump on the men’s indoor and outdoor track teams. He went to medical school after graduating and now leads a team of 16 residents that responded to one of the largest spikes of COVID cases in the world.

Even amidst the pandemic, Levy has learned to love his adopted hometown. In the darkest days of March and April, he would skateboard through abandoned Times Square on his way to work and capture the stillness with his GoPro 360 camera. He has also drawn inspiration from his patients and their indomitable spirits.

“I’ll never forget when they played ‘Empire State of Mind’ by Jay-Z and Alicia Keys when we discharged our 1,000th COVID patient home from our hospital,” says Levy. “I was in a patient’s room, and she cried tears of joy as we listened and acknowledged the moment together. If moments like those don’t keep you going, I don’t know what will.”

“As a pitcher, I thrived on pressure,” says Voth BS ’12, BSHP ’12, a four-year member of the starting rotation of the Bulldogs softball team, including UGA’s first World Series squad in 2009. 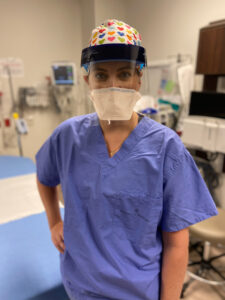 Sarah McCloud Voth was a four-year member of the Bulldogs softball team’s starting rotation and she is ranked in UGA’s top 10 all time in both wins and strikeouts.

“Sometimes I felt like I did better in pressure situations, whether that was the bases loaded, a runner on second or anytime there was a base runner,” says Voth, who went to nursing school after graduating from UGA with a degree in health promotion. All the better preparation for her current job as an emergency room nurse. “I think that is another thing about the ER. I am used to the pressure. I am prepared.”

When the COVID pandemic began placing patients into her care at Medical City Frisco hospital in Frisco, Texas, Voth recognized that her ability to work closely with her coworkers at the hospital was derived from the special bond she created with her teammates when competing to reach the World Series. “I think growing up playing team sports and then my time at Georgia, playing with a group of girls and being on a team, prepared me to work in the ER,” Voth says.

Voth’s passion for caring for her patients is especially important because of the changes that have been made in the hospital, where no one in the ER is allowed to have family or friends in the room with them. “You have to make sure that your patients are comfortable and make sure they know they are safe. As a nurse, it should always be this way, but it is just a little different because you may check on your patients more often.

Voth stresses the importance of the education she received from UGA just as much as her time on the softball field. “My biggest takeaway from UGA were the lessons I learned, the relationships I made and my education,” says Voth, who is in the UGA’s top 10 all time in both wins and strikeouts. “Those are my three big things that I am forever grateful for.”