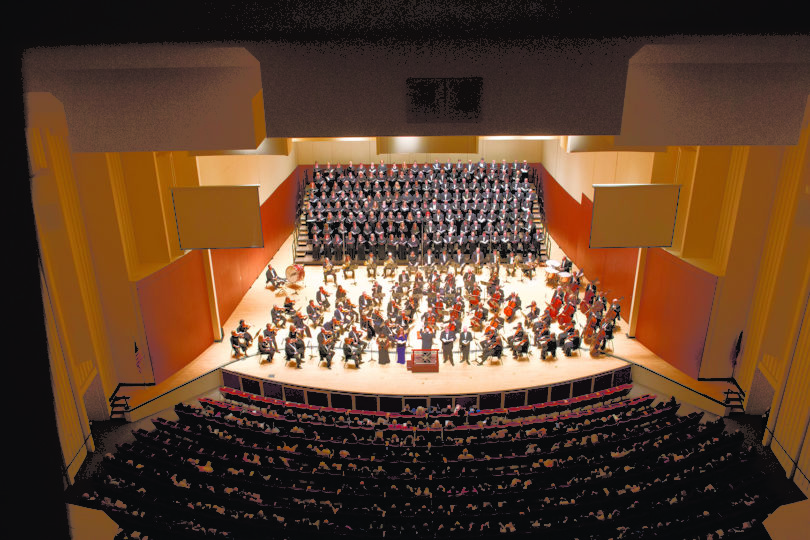 Norman Mackenzie will conduct the program which will include the “Christmas” portion and the “Hallelujah Chorus” from Handel’s Messiah. The concert also will feature Mozart’s Regina coeli and Exsultate jubilate.

Mackenzie was named director of choruses for the Atlanta Symphony Orchestra in 2000, carrying forward the creative vision of legendary founding conductor Robert Shaw. At the ASO, Mackenzie prepares the choruses for all concerts and recordings. During his tenure, the chorus has made numerous tours and garnered its most recent four Grammy Awards.

Tickets for the concert are $62 to $72 and can be purchased at the Performing Arts Center, online at pac.uga.edu or by calling the box office at 706-542-4400. UGA students can purchase tickets for $6 with a valid UGA ID, limit one ticket per student.

Patrons are invited to make it an evening with a tour and free dessert at the Georgia Museum of Art at 6 p.m.