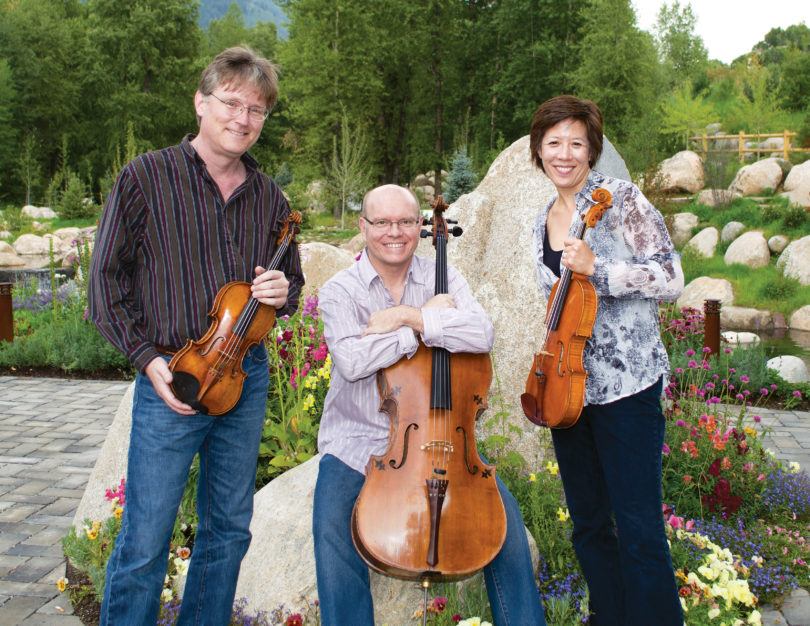 The UGA Performing Arts Center will present the Aspen String Trio March 20 at 8 p.m. in Ramsey Concert Hall. The program will include Mozart’s Divertimento in E-flat Major and Dvořák’s String Sextet in A Major.

Aspen String Trio members—violinist David Perry, violist Victoria Chiang and cellist Mike Mermagen—are summer faculty colleagues at the Aspen Festival and School who have been playing together for more than 20 years. For their Athens concert they will be joined by violinist Michael Heald, violist Maggie Snyder and cellist David Starkweather from UGA’s Hodgson School of Music.

The Aspen String Trio’s recent engagements include the Los Angeles Music Guild and the National Gallery of Art, as well as residencies in Texas, Georgia, the Carolinas, Alabama, Delaware, Washington and Colorado. For six seasons AST was ensemble-in-residence at the University of Baltimore.

Tickets for the concert are $39 and can be purchased at the Performing Arts Center box office, online at pac.uga.edu or by calling 706-542-4400. The concert will be recorded for broadcast on American Public Media’s “Performance Today,” the most popular classical music program in the country.