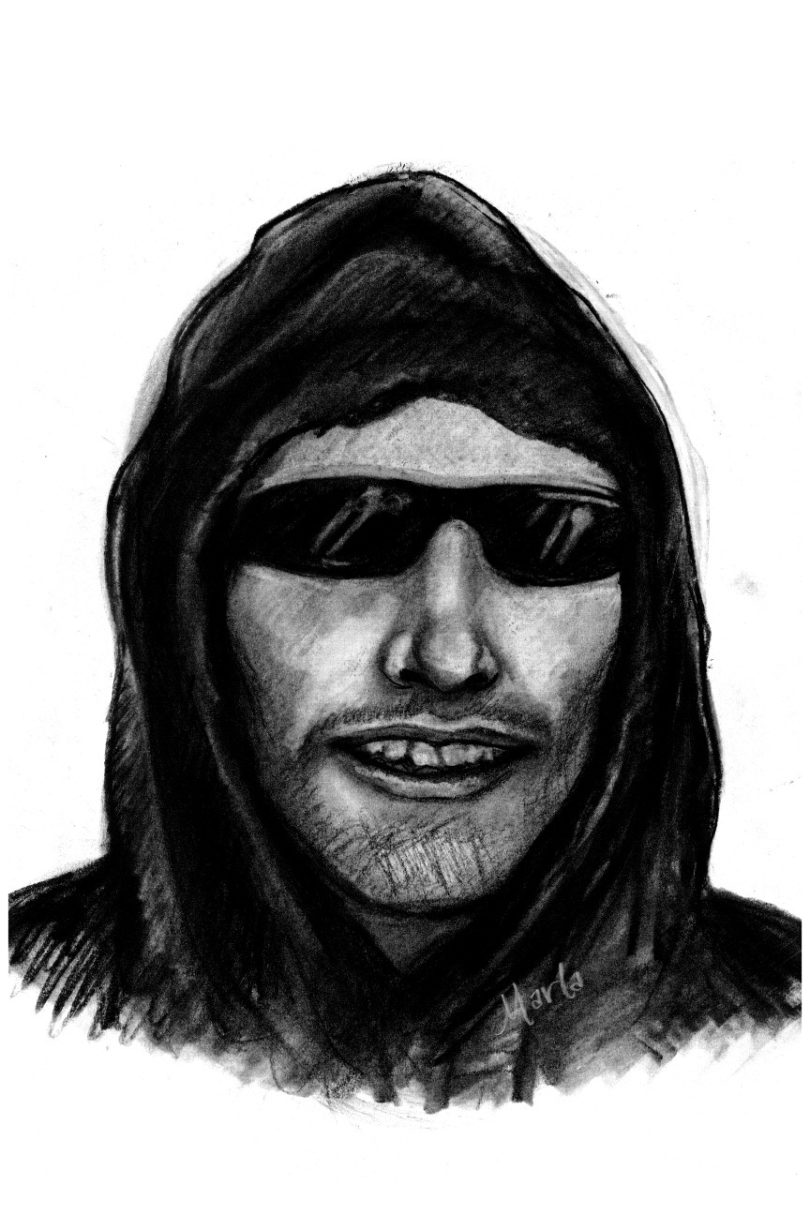 On January 18, 2013 at approximately 4:20 p.m. the University of Georgia Police Department responded to a report of an Aggravated Assault and Attempted Rape at the Botanical Gardens on South Milledge Avenue. The victim reported that the perpetrator threatened to rape her and cause her bodily harm at knifepoint. The victim was able to flee to a safe location and was not injured during the incident. The perpetrator was described as a white male, approximately 5’10” to 6′ in height, weighing approximately 150 to 170 pounds with short sandy blonde hair. The perpetrator was also described as having crooked teeth and possibly having two small moles on the lower left side of his face.

The image at http://multimedia.uga.edu/media/images/perpetrator-sketch-012413.jpg is a sketch of the perpetrator based on information gathered thus far in the investigation. If anyone recognizes this individual, believes they may know who he is or has any information about this incident, they are urged to contact the UGA Police Department at 706/542-0090 immediately.