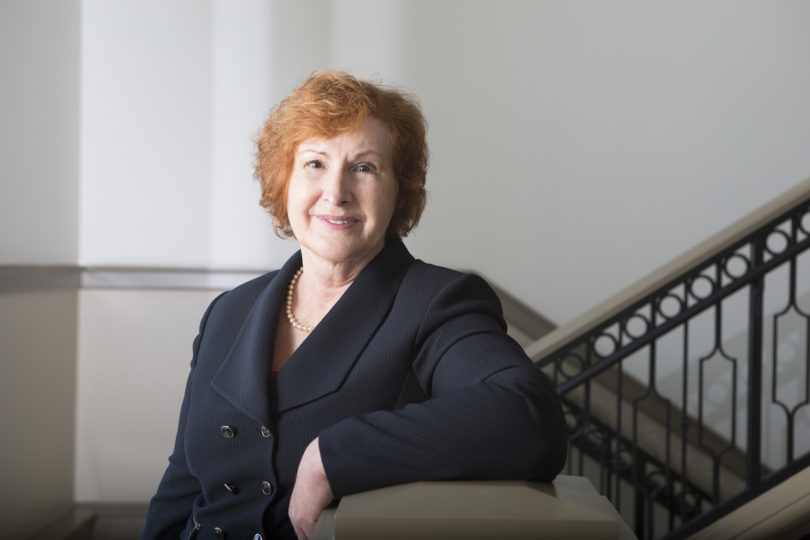 Doris Christopher describes her leadership style as that of a “turnaround manager,” or someone who helps foster growth in an academic unit.

Christopher, now in her third year as assistant vice president for academic affairs and director of academic programs for the UGA Griffin campus, is working on a turnaround at UGA-Griffin in the form of increased enrollment.

Christopher and her staff have been working to draw more students to the Griffin campus by creating partnerships with nearby colleges, working to increase the diversity of programs offered at the campus and fostering a campus community.

UGA-Griffin, located 40 miles south of Atlanta, offers undergraduate and graduate majors from five of UGA’s schools and colleges. The undergraduate programs, first offered in 2005, are degree-completion programs for transfer students or those seeking a second bachelor’s degree.

The campus offers students who can’t live in or travel to Athens a path to earn a UGA degree. Many of these students are working professionals.

“It’s really about those students who are location-bound,” Christopher said. “To have a UGA campus where we are located in south metro Atlanta, it really offers another opportunity to earn a UGA degree.”

Christopher came to UGA in 2007 from Georgia College and State University in Milledgeville, where she served as chief administrative officer for the Center for Graduate and Professional Learning, and before that from California State University, Los Angeles, where she was an associate dean in the business college. It was there that she earned a reputation for building new programs and reviving others.

Perhaps one of the biggest accomplishments in Christopher’s short tenure at UGA-Griffin is her work building partnerships with nearby colleges, which enroll students who may want to complete their bachelor’s degree at UGA.

These partnerships enable students who are interested in coming to UGA to follow a road map that clearly lays out the course and degree requirements. The agreements provide a pathway and educational plan for those students because their advisers work with them on getting the appropriate courses before they apply to UGA.

UGA-Griffin, which already was strong in traditional science programs, also has expanded its degree offerings with the psychology and sociology interdisciplinary program launched in fall 2013.

And for the students who already are enrolled at UGA-Griffin, Christopher plans to build a tight-knit community, which can be challenging at a commuter campus.

“One of the things I felt we really needed was to ramp up student life on campus,” she said.

At the beginning of fall semester, UGA-Griffin launched its inaugural Welcome Week, which offered activities for students, faculty and staff. Each day of the week, the campus showcased activities centered on a different theme.

“It creates a welcoming environment-the life and feel of the way a college campus should be,” Christopher said.

Christopher credits UGA-Griffin faculty, staff and administrators for the effort poured into making the campus thrive.

She said, “It really is about the energy of my team. The faculty and staff have launched amazing new events on the campus to bring awareness to prospective students and working professionals as to who we are, where we are and what we do. These events such as Bionic Educator, Psych Day at UGA and CJ Day at UGA have exposed hundreds of individuals to our campus through these venues.”