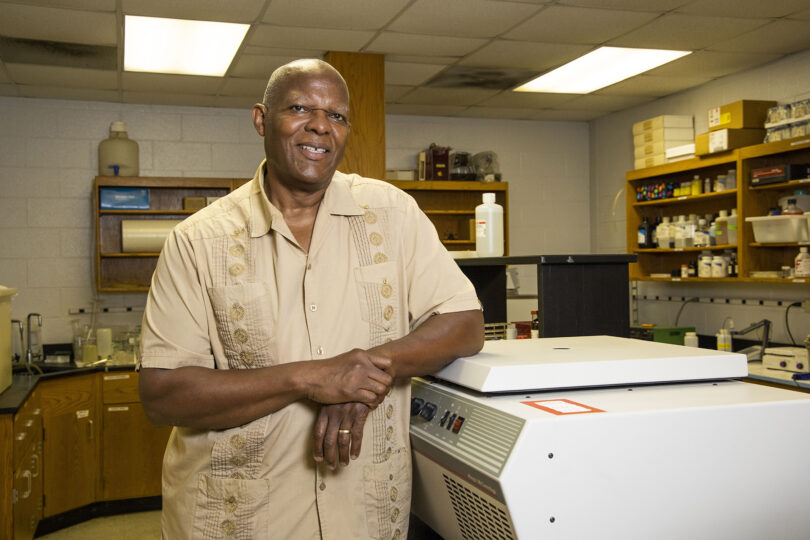 Art Grider is an associate professor in the College of Family and Consumer Sciences' nutritional sciences department. (Photo by Chad Osburn/UGA)

Though he hailed from a musical family, Art Grider ditched band in junior high school to focus on football.

Years later, while in graduate school at the University of Cincinnati, he gravitated back toward one of his first loves, the saxophone.

“We had the Cincinnati Conservatory of Music on campus, so I’d walk over there at lunch and take some lessons, then go back to the lab,” Grider said.

Biological sciences and jazz might sound like two wildly divergent passions, but throughout his career, Grider has found a way to blend the two.

“Music is cathartic,” he said. “Whether playing with others or with backing tracks, I enjoy responding to the changes reflected in the rhythms and chords of songs.”

An associate professor in the College of Family and Consumer Sciences department of nutritional sciences, Grider is one of the country’s leading experts on zinc, a trace element critical to a host of cellular processes in the body, including growth and immune response.

Researcher Ananda Prasad was one of the first scientists to study zinc’s role in human metabolism in the 1950s, focusing on a population of short-statured young males in Iran who were shown to be zinc deficient. Grider references Prasad’s work often when explaining his interest in zinc research.

“Zinc is a fascinating trace element, and I think we’re only beginning to understand its role in cellular metabolism,” Grider said. “It plays a central role in our health and well-being and our cellular responses to our environment.” 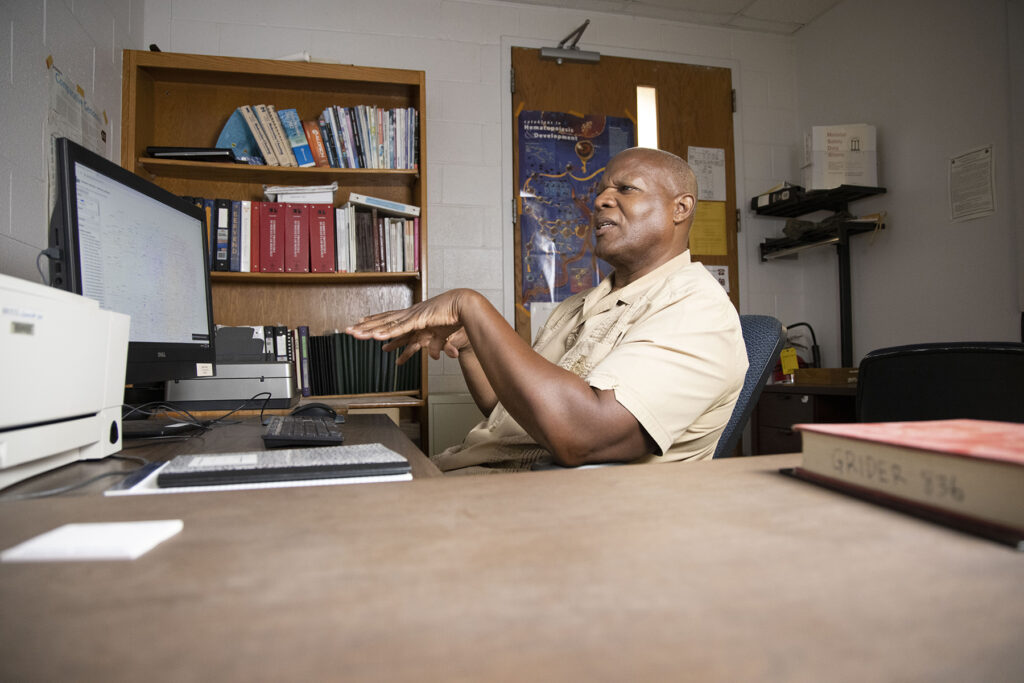 Art Grider’s research focuses on zinc, a trace element critical to a host of cellular processes in the body, including growth and immune response. (Photo by Chad Osburn/UGA)

Grider’s passion for science began early in life. Growing up in Ohio, Grider’s inquisitive nature expressed itself in marveling at the natural world around him.

“I think I was always interested in observing nature,” he said. “Among my group of friends, I was more interested in looking at bugs and worms and caterpillars and really enjoyed the biology and physiology processes throughout high school.”

His undergraduate career at Ohio’s Hiram College, where Grider also was a member of the football team, played a pivotal role in nurturing this passion.

There, Grider was influenced by a faculty member, James Barrow, who established a biology station at the school where the emphasis was on experiential learning.

“One of the projects for a course would be to adopt a newborn duck or goose,” Grider recalled, smiling. “I had a couple of geese, and you’d keep a journal describing their interactions. It was active participation in science, not necessarily from a bench perspective, but more interactive and hands-on. It was fun.”

Grider discovered an interest in zinc research in graduate school, where he was paired with Lawrence Erway, a faculty member who studied its impact in mice. Grider then took a post-doctoral position under the direction of Robert Cousins at the University of Florida, where his studies shifted from a biology focus to human nutrition.

He has taught macronutrient and micronutrient courses throughout his time in FACS, where he also seeks to inspire students the same way his mentors shaped him.

“I try to foster a positive research experience in my lab and one of collaboration, not competition,” he said. “In class, I hope my students come away with a sense of excitement and wonder about nutritional biochemistry.”

Grider also has found a way to incorporate his passion for music into his classes. He recently collaborated with James Moore and Brad Gilleland from the UGA College of Veterinary Medicine to create a series of YouTube videos describing intestinal iron and zinc absorption, for which Grider provided both the narration and background music.

He also has performed at various college events, still plays regularly in church and has a collection of songs on Spotify on his album, “Original Works of Art.”

“I’ve been able to meld my enjoyment of music with nutrition science,” he said. “It’s most definitely a right-brain sort of thing, but it’s been cathartic as a hobby.”