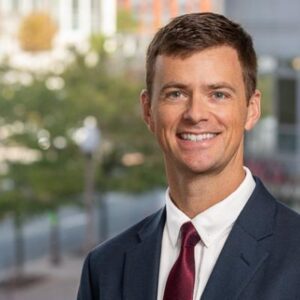 The National Communication Association Public Address Division has given its 2020 award to Bjørn Stillion Southard, associate professor and director of debate in the Franklin College of Arts and Sciences’ communication studies department, for his book, Peculiar Rhetoric: Slavery, Freedom, and the African Colonization Movement (University Press of Mississippi, 2019).

Each year, the Marie Hochmuth Nichols Award honors one of the most prominent leaders in public address research. The award criteria include the importance of the work in expanding or shifting understanding of public address or rhetorical practice, the originality and quality of both research and writing, as well as the creativity of the author.

Peculiar Rhetoric investigates how politics and identity were negotiated amid the intense public debate on race, slavery and freedom in America during the African colonization movement. Stillion Southard pores over the speeches of Henry Clay, Elias B. Caldwell and Abraham Lincoln, in addition to analyzing the little-known speeches and writings of free Blacks who wrestled with colonization’s conditional promises of freedom during the same period. He examines an array of discourses to probe the complex issues of identity confronting free Blacks who attempted to meaningfully engage in colonization efforts.