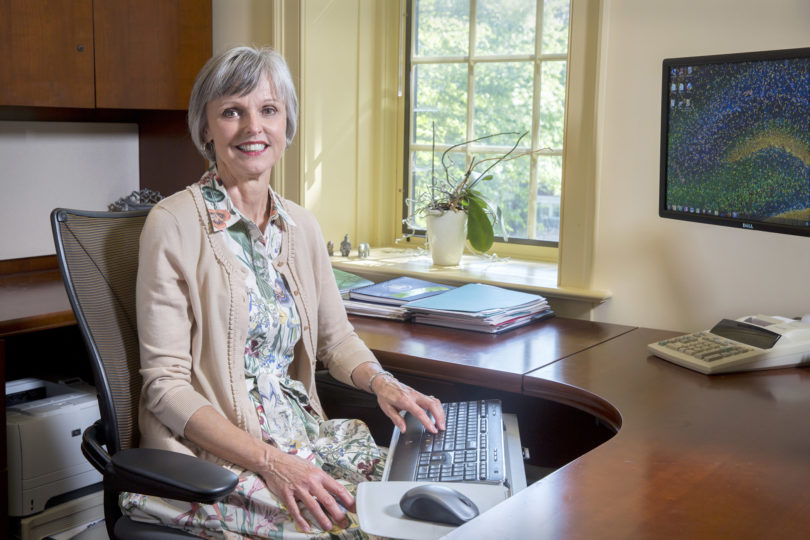 Christina Miller knows how to build relationships to get things done.

Using that skill as the associate provost for academic fiscal affairs, she has built partnerships with deans and staff in business offices across UGA’s campuses to help ensure that the university’s academic needs are considered during project planning.

“It’s about establishing the kind of relationship to know you can work together,” Miller said. “Value your ideas and speak up, but also listen.”

Armed with an MBA and coursework in research design, Miller joined UGA in 1993 supporting a research center in the psychology department. She later became a business manager in the Warnell School of Forestry and Natural Resources before joining the Provost’s Office in 2003.

Miller helps ferry academic initiatives through the funding process, acting as “the academic voice at the table” during budget negotiations.

“I deal with so many kinds of things that aren’t just fiscal. It’s turned into more of a management role,” she said. “I try to find solutions, and it is working through those relationships that you get to the solutions.”

With her partnerships with deans, vice presidents and others on campus, Miller played a key role in the ConnectUGA project, which led to the Athena student information system.

“As a student system, it touches everything: housing, parking, library, fees,” Miller said. “It’s so incredibly complex, and we had to make sure that everyone was brought to the table. The people who have worked on it—and there have been hundreds—are so incredible. It has just reaffirmed what a great place the University of Georgia is. I’m just so proud to be a part of it.”

Recently, Miller has been involved in planning new financial and human resources systems with colleagues in the Division of Finance and Administration. She also supports UGA’s experiential learning initiative by making study abroad accessible to more students.

In all of this work, it is a team effort, with Miller collaborating with partners across campus.

“No one does anything alone,” Miller said. “I like to envision how it can be done and bring the players to the table, so we can work on the solution together.”