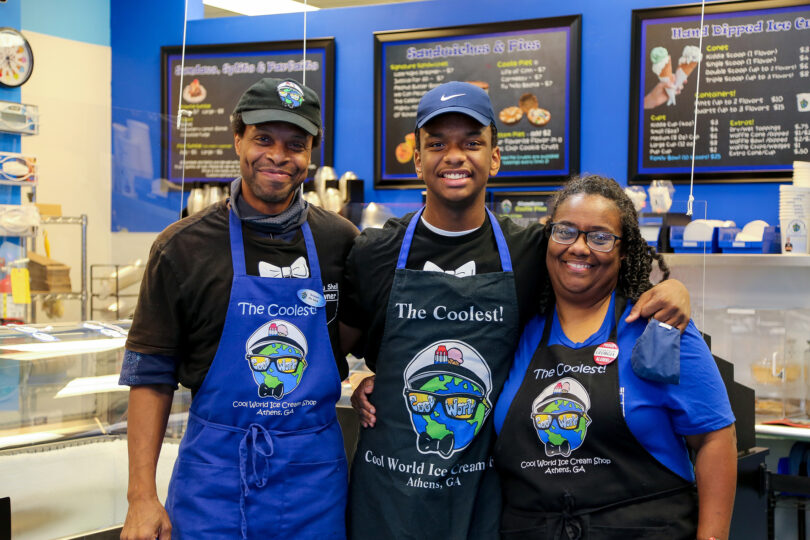 When he was 7, Beau Shell asked for an ice cream cart for his birthday. It was a present from his parents and he began selling ice cream at events that summer. In June 2019, when he was 15, he had enough money saved to open Cool World Ice Cream Shop in east Athens. 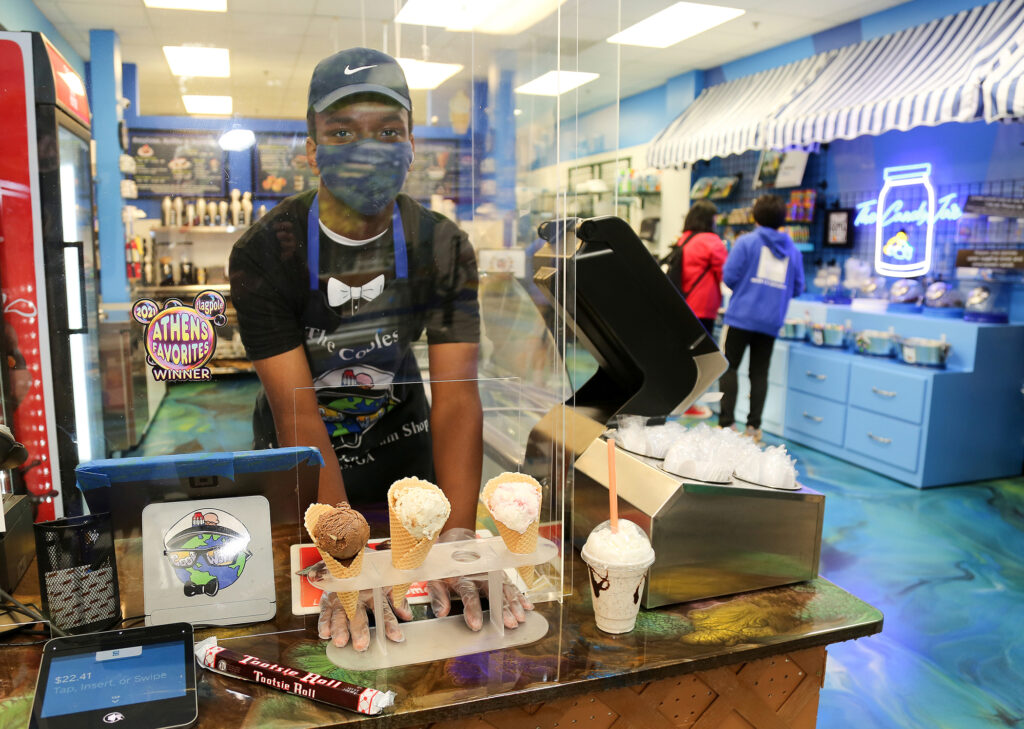 Lil’ Ice Cream Dude’s Cool World Ice Cream Shop worked with the SBDC to grow the business and turned to them for help during the pandemic. Beau Shell, known as Lil’ Ice Cream Dude, opened the shop with the help of his parents and business partners Rick and Vickie Shell. (Photo by Shannah Montgomery)

Many don’t. According to the U.S. Small Business Association, 20 percent of business startups fail in the first year. About half don’t survive five years.

There are 1.1 million small businesses, defined as those with no more than 500 employees, in Georgia, and 6,129 in Clarke County. These make up more than 99 percent of the businesses in the state and county, according to the University of Georgia Small Business Development Center.

In Clarke County, 400 of those small businesses are in the food service industry. Twenty percent of them are fewer than five years old.

“So, we got all that straightened out and they were on a roll,” Stob said. “Then COVID happened and from there it was about finding new revenue streams and getting relief money.” 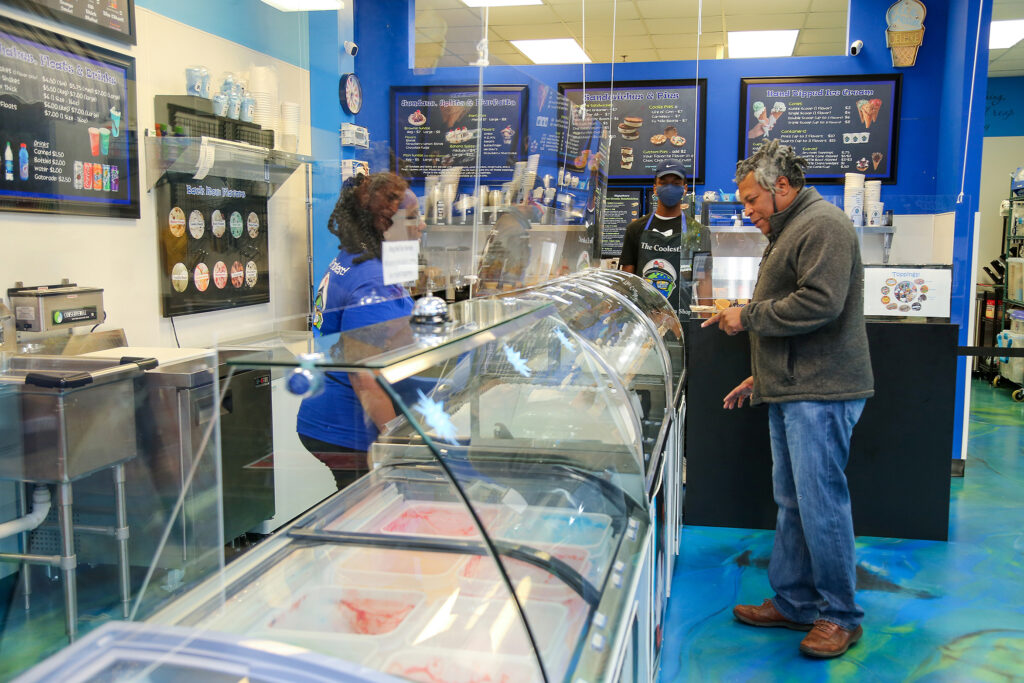 Hull Mayor Paul Walton stops in for some pints of ice cream to go. (Photo by Shannah Montgomery)

The Shells moved quickly to shift their business operations in response to the pandemic. They introduced new menu items such as ice cream sandwiches, which could be pre-packaged and easily transported, and partnered with Cosmic Delivery to reach their customers.

“One of the things that happened when we first got hit by the pandemic was that we really had to switch to online and curbside service,” said Beau, owner and CEO of Cool World Ice Cream Shop, and known throughout the Athens community as Lil Ice Cream Dude. “That’s one of the biggest factors that saved us, pivoting and going online.”

Stob stepped in and helped the family prepare applications for federal COVID relief funding, to help cover their expenses, including payroll for Vickie, Beau and Rick Shell, Beau’s dad.

The money trickled in. The recovery was slow going. In addition to the pandemic, the family suffered a break in at the store in 2020 and its freezers stopped working, costing them $2,000 in spoiled ice cream.

Again, with Stob’s help they were able to get money from the second wave of federal COVID funding.

“We were able to catch up, pay bills, start back paying payroll and paying ourselves,” she said. “Without that funding, we wouldn’t have made it.”

They were able to replace the freezers and buy a vehicle to help with their growing catering business. They also hired a few part-time employees.

Today, the Shell family is welcoming their customers back into the shop. Regulars, like Hull Mayor Georgia Paul Walton, stop by weekly for a couple pints of ice cream.

“A whole lot of miracles got us to where we are now,” Vickie Shell said. “David and the folks at the SBDC did a lot of work that we couldn’t do. We’re about 85 percent back. COVID-19 took one whole year away from us, but we’ll be back.”