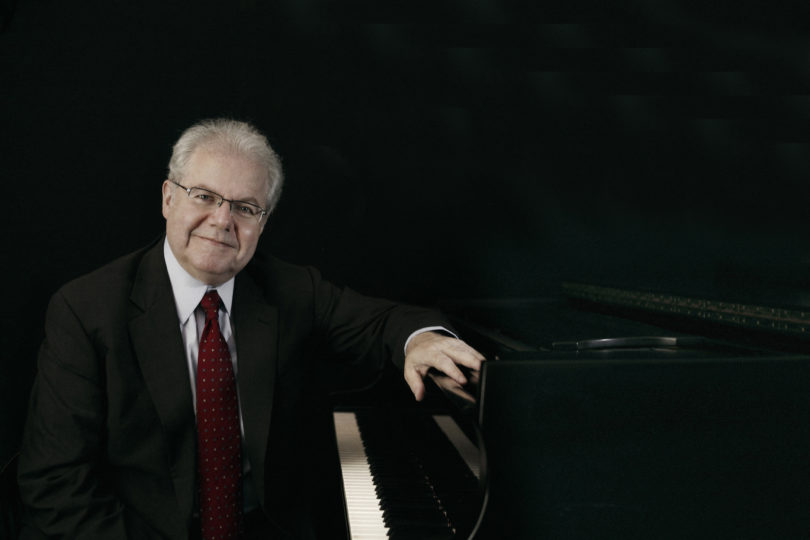 Emanuel Ax will join the Atlanta Symphony Orchestra for a Nov. 24 performance at 3 p.m. in Hodgson Concert Hall. (Submitted photo)

The Atlanta Symphony Orchestra returns to UGA on Nov. 24 for a 3 p.m. performance in Hodgson Concert Hall with music director Robert Spano at the podium. Grammy Award-winning pianist Emanuel Ax joins the ASO to perform Brahms’ Piano Concerto No. 1. The program also includes Aaron Copland’s “Appalachian Spring,” originally commissioned by dancer Martha Graham in 1944 and now one of classical music’s most beloved compositions.

Born in modern day Lvov, Poland, Ax moved to Winnipeg, Canada, with his family when he was a young boy. He made his New York debut in the Young Concert Artists Series, and in 1974 he won the first Arthur Rubinstein International Piano Competition in Tel Aviv. In 1975 he won the Michaels Award of Young Concert Artists followed four years later by the Avery Fisher Prize.

Since that time, Ax has performed with the world’s premier orchestras. He has been a Sony Classical exclusive recording artist since 1987, and he was honored with Grammy Awards for the second and third volumes of his cycle of Haydn’s piano sonatas. He also made a series of Grammy-winning recordings with cellist Yo-Yo Ma of the Beethoven and Brahms sonatas for cello and piano.

A Fellow of the American Academy of Arts and Sciences, Ax holds honorary doctorates of music from Skidmore College, Yale University and
Columbia University.

Tickets for the Atlanta Symphony Orchestra concert start at $55 and can be purchased at the Performing Arts Center box office, online at pac.uga.edu or by calling 706-542-4400. A limited number of discounted tickets are available to current UGA students for $10 with a valid UGA ID (limit one ticket per student).

A pre-performance talk will be given by Ken Meltzer, author of the Atlanta Symphony Orchestra’s program notes and host of the weekly radio show Meet the Classics on Atlanta’s AM-1690. The talk begins at 2:15 p.m. in Ramsey Concert Hall and is open to the public.