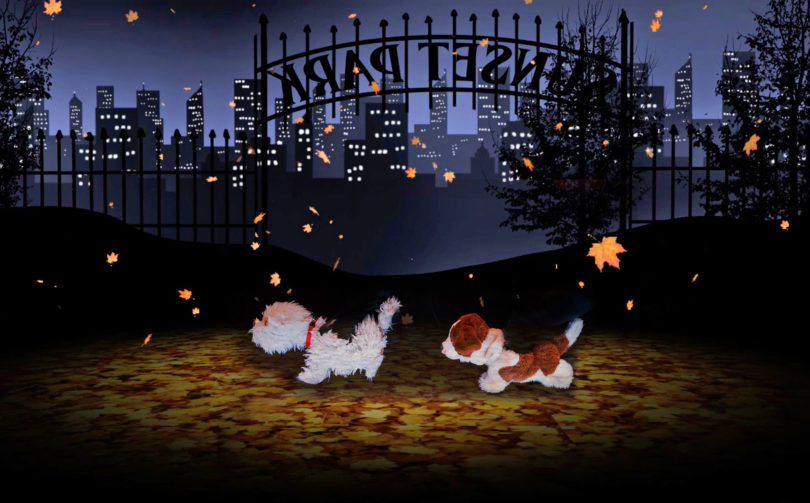 UGA Presents is bringing Australia’s The Last Great Hunt theater company back to Athens to perform New Owner on Feb. 7 at 7 p.m. in Ramsey Concert Hall. Combining puppetry, live action and animation, New Owner takes audiences on a world of adventure through a dog’s eyes.

Bart is a boisterous puppy waiting to be chosen from the animal shelter. Mabel is a lonely widow, trying to fill the hole in her heart. The day they find each other is the beginning of Bart’s next adventure. The family-friendly show is a sensitive tale about friendship, loss and new beginnings.

New Owner was created by Tim Watts along with Arielle Gray. Watts was behind the internationally award-winning The Adventures of Alvin Sputnik: Deep Sea Explorer, which was presented at UGA in 2019.

“We began thinking about how when dogs are adopted a new owner will never know the adventures or experiences that dog has been through before they came into their lives. In New Owner, we explore the myriad of relationships in the life of a dog and how his experiences change him,” said Watts. “We follow him during his adventures, seeing what he sees from his perspective. You can look forward to getting to know the humans in this story through their feet.”

Tickets for New Owner are $30 for adults and $15 for children. Tickets can be purchased at the Performing Arts Center box office, online at pac.uga.edu or by calling 706-542-4400. A limited number of discounted tickets are available to current UGA students for $10 with a valid UGA ID (limit one ticket per student).