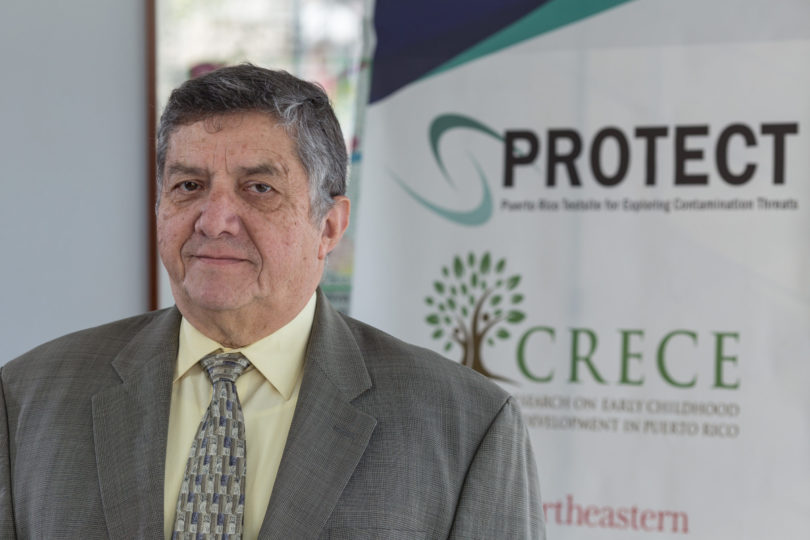 The Puerto Rico Public Health Trust recently honored UGA College of Public Health professor Jose F. Cordero by establishing an award in his name aimed at recognizing professionals in public health whose trajectories have a positive impact on institutions and citizens of the island of Puerto Rico.

The new Dr. Jose Cordero Award was unveiled during “Caribbean Strong: Building Resistance with Equity” held Feb. 27-March 1 in San Juan, Puerto Rico. The three-day summit, which focused on disaster preparedness in the Caribbean region, was sponsored by the Puerto Rico Science, Technology and Research Trust and the Society for Disaster Medicine and Public Health Inc.

A native of Puerto Rico, Cordero is the Gordhan and Jinx Patel Distinguished Professor of Public Health and head of the department of epidemiology and biostatistics in the College of Public Health, where he mentors graduate researchers in infectious disease studies and infant and maternal health. His own work is focused on improving maternal and infant health in Puerto Rico.

Cordero currently co-directs the Puerto Rico Test Site for Exploring Contamination Threats, or PROTECT, Center as well as the Center for Research on Early Childhood Exposure and Development, both of which examine how exposure to environmental contaminants contributes to the high rate of preterm birth in Puerto Rico. At the advent of the Zika epidemic in 2015, the PROTECT Center was poised to assist the CDC with Zika surveillance and prevention efforts in Puerto Rico. Cordero quickly became an expert on the risks Zika posed to expectant mothers and a key voice in advocating for Zika prevention education and funding.

In addition to his research and clinical work, Cordero serves as the executive director of the Puerto Rico Brain Trust for Tropical Diseases Research and Prevention, a group that seeks to facilitate and speed up the development of rapid tests, vaccines, vector control and prevention strategies for diseases like Zika, Dengue, Chikungunya and others.

Cordero’s many contributions to public health include identifying nutritional deficiencies of infant formula; advocating for nutrient fortification in corn and flour to prevent neural tube defects in Hispanic children; promoting child immunizations in the U.S. to eliminate measles, mumps and rubella; and championing early diagnosis for children with autism.

For 27 years, ­Cordero served at the Centers for Disease Control and Prevention, where he focused on improving the health of mothers and children, and in 2006, Cordero returned to the island to lead the newly formed University of Puerto Rico Graduate School of Public Health.

“This award is the latest evidence of Dr. Cordero’s indelible impact on Puerto Rican communities and will live on for those following in his footsteps doing great public health work,” said Marsha Davis, interim dean of the UGA College of Public Health. “This is a wonderful way to honor Jose, whose commitment to the communities he serves has always been paramount.”