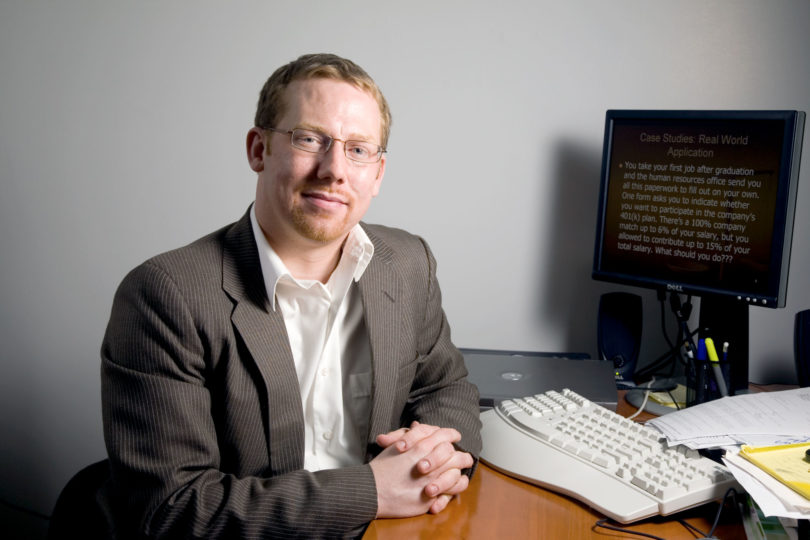 Along with the American dream of going to school, maintaining a home and growing a family comes the American nightmare: financial debt.

Many adults know the confusion of attempting to pay off debt, especially as more expenses to pay off simultaneously arise. But paying off debt and staying out of it is possible, says Joseph W. Goetz, an assistant professor in the Department of Housing and Consumer Economics, who spoke with Columns about the subject.

Columns: What role does poverty play in debt?
Goetz: Clearly, those with lower incomes potentially have fewer resources to manage debt. That said, people tend to have problems with debt regardless of income level.

There appears to be a cyclical nature to poverty. A person who lives below the poverty line is more vulnerable to incurring debt, whether through quick-money loans, credit cards or a number of psychological and environmental factors. Poverty may keep one from getting low interest rate loans-or “good” debt.

Columns: What factors lead to debt?
Goetz: Poor financial planning and overspending are two primary factors associated with debt. Many individuals are inadequately insured and lack an emergency fund. So when an unfortunate life event occurs, individuals are forced to acquire a certain amount of bad debt.

An emergency fund of money should be kept in a liquid account, such as a money market account, that would cover at least three to six months of living expenses. Rather than credit cards, this money should be used when those inevitable, unfortunate life events occur.

There’s a “mental account” in which the tax refund money is viewed and spent differently, usually more frivolously, than their salary income.

Columns: Are there ways to avoid high credit card APRs (annual percentage rates)?
Goetz: If an individual has established a history of making their payments on time, he or she can usually lower interest rates simply by calling his or her credit card company and making a request.

Most people apply for whatever card they receive in their mailbox. It makes more sense to shop around for the best card for you. There are plenty of Web sites that help in this regard, such as www.bankrate.com, www.creditcards.com, www.cardweb.com and many others. You should generally stay away from any card that requires an annual fee or uses two-cycle billing.

Columns: Is there an easy list of steps to get out of debt?
Goetz: The most important step is simply to create a written plan. This process forces a person to face their debt.

Prioritizing debt is one of the keys to getting out of debt faster. A person should make all the minimum payments required on their debts, and then apply any excess cash flows toward the debt with the highest interest rate until that debt is paid off.

Tracking one’s spending can also be an eye-opening experience. People tend to lose track of where all their money goes. Tracking spending to the penny and creating written spending plans can have a dramatic effect.

Columns: How does one stay debt free?
Goetz: People need to figure out what works for them. For many, it may be working with a financial planner, while others may have the motivation and time to educate themselves about financial matters and manage their own financial plans.