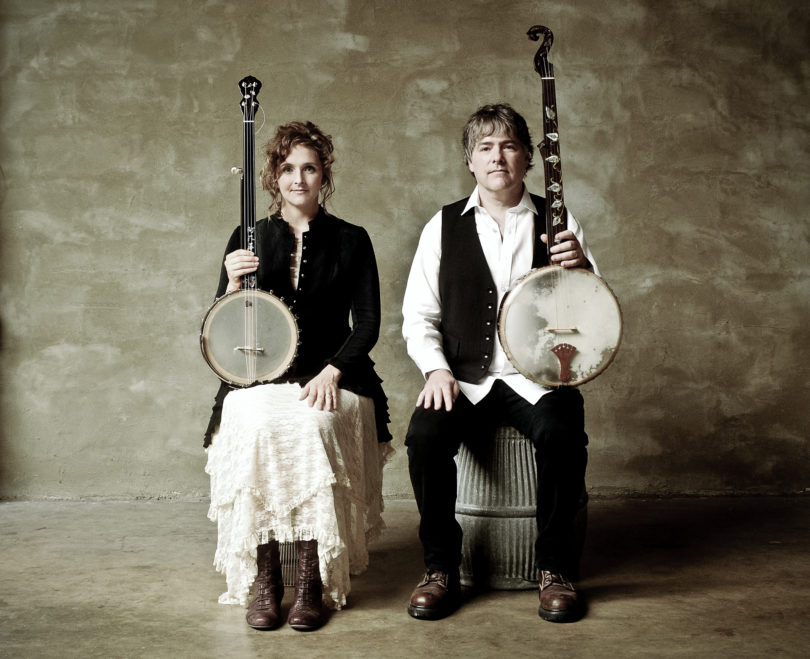 The UGA Performing Arts Center will present Bela Fleck and Abigail Washburn March 22 at 8 p.m. in Hugh Hodgson Concert Hall. The husband-and-wife duo recently won the Grammy for best folk album, and their concert will feature music from the award-winning album.

Ticket are $25-$50 and are discounted for UGA students. Tickets can be purchased at the Performing Arts Center box office, online at pac.uga.edu or by calling 706-542-4400.

Fleck is widely regarded as the premier banjo player in the world. He’s the winner of 16 Grammy awards with 31 nominations. Fleck has been nominated in more different musical categories than anyone in Grammy history.

He married Washburn, an equally talented banjo player and folk singer, in 2009. Shortly after the birth of their son, Juno, the couple decided to record an album together. Between them, they used seven different banjos in all, including a cello banjo, a ukulele banjo that technically belongs to Juno and a baritone banjo that Fleck commissioned specifically for the album.

“We had this vision of playing different banjos in different registers,” Fleck said, “finding a way to make every song have its own unique stamp, yet the whole project having a big, cohesive sound—with only two people.”