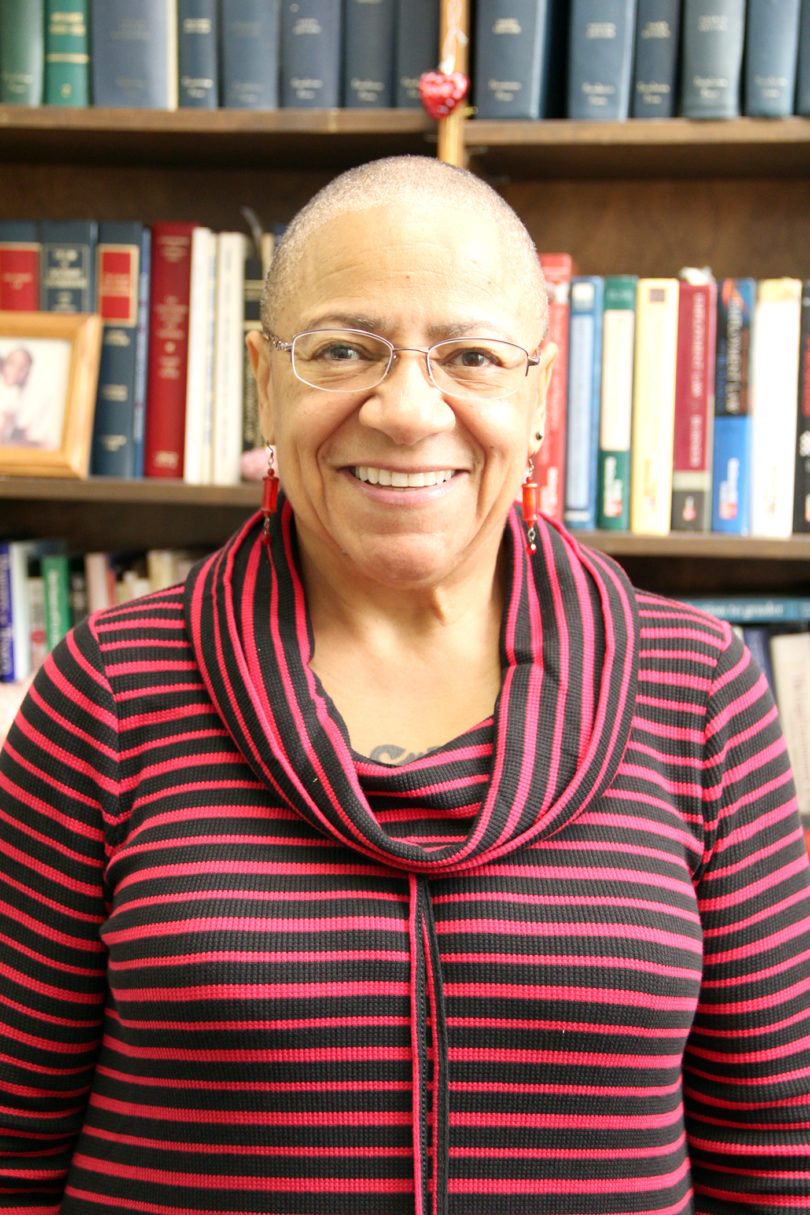 Athens, Ga. – Two University of Georgia professors-Dawn D. Bennett-Alexander in the Terry College of Business and Melisa “Misha” Cahnmann-Taylor in the College of Education-are among 10 professors nationwide to be honored with a 2015 Elizabeth Hurlock Beckman Award for teaching excellence.

The award honors faculty members “who have inspired their former students to make a significant contribution to society,” and UGA is the only university in the nation with two 2015 recipients. Bennett-Alexander and Cahnmann-Taylor will each receive a $25,000 award and will be honored at a Nov. 14 ceremony at the Grand Hyatt Atlanta.

“To have two winners of the Beckman Award in the same year is an outstanding accomplishment for the university,” said President Jere W. Morehead.

Bennett-Alexander-affectionately known as “Dr. B-A” by her students-is an associate professor of employment law and legal studies who joined the UGA faculty in 1988. She was nominated for the award by former student Randy Gold, the founder of a not-for-profit organization that operates an educational and at-home screening program for Jewish genetic diseases known as JScreen.

In his nominating letter, Gold noted that he and his wife, Caroline, were screened for two and eight, respectively, of the genetic diseases disproportionately common in those with Jewish ancestry prior to their wedding. Neither was screened for ML4, a devastating and life-threatening disease they gave to their daughter, Eden.

“The willingness to right a wrong, stand up and be recognized, or protect those unable to protect themselves are concepts that Dr. B-A helped me understand even more clearly through her class,” Gold noted. “It was this understanding that led me to create JScreen, a genetic screening program that is saving lives every day.”

Bennett-Alexander has received many honors throughout her career, including the UGA President’s Fulfilling the Dream Award and being named a Fulbright Senior Scholar to conduct research on race and gender discrimination while teaching at the Ghana School of Law in West Africa. She is the author of several textbooks, including the first-of-its-kind “Employment Law for Business,” which is now in its eighth edition and remains the most widely used employment law textbook in the nation.

Cahnmann-Taylor joined the UGA faculty in 2002 and is a professor of language and literacy education and a faculty member in UGA’s teachers of English to speakers of other languages and world language education program. She was nominated by former students Dell Perry Giles and Carrie Woodcock, who credit her with inspiring them to open Georgia’s first two dual-immersion, bilingual, public K-8 schools-Unidos Dual Language Charter School in Clayton County and the World Language Academy in Hall County. Together, the schools serve 2,000 students and their families.

“Following Misha’s example of putting people in the right places to make educational reform and providing them with the models they critically need, both our schools have opened their doors to hundreds of educators from across the Southeast and abroad who come to see innovation in action,” Giles and Woodcock wrote in their nomination letter, adding that 20 such schools now exist in Georgia.

Cahnmann-Taylor is among the youngest recipients of the Beckman Award and has received several additional honors over the course of her career, including the Dorothy Sargent Rosenberg and Leeway Poetry prizes. As a Fulbright Scholar, she traveled to Oaxaca, Mexico, and studied American adults’ acquisition of Spanish language as well as Mexican cultural practices. She has expanded bilingual education in Georgia by recruiting bilingual adults to become certified teachers and led a six-year, $1 million federal grant program to support this effort. She is the co-author of “Teachers Act Up!: Creating Multicultural Community Through Theatre” and “Arts-Based Research in Education.”

“Professors Bennett-Alexander and Cahnmann-Taylor exemplify the far-reaching impact of the instruction and mentorship that our faculty members provide, and I am delighted that their dedication to students has been recognized with the Beckman Award,” said Pamela Whitten, senior vice president for academic affairs and provost.

The Beckman Award Trust was originated in 2008 and has since bestowed more than $1.7 million to 73 professors and other faculty members. The idea for the Beckman Award was conceived by Gail McKnight Beckman in recognition of her mother, Elizabeth Hurlock Beckman.

Elizabeth Hurlock Beckman was a notable instructor and an esteemed author. She made history in her field for being one of the first female psychology professors at Columbia University. She later taught at the University of Pennsylvania.