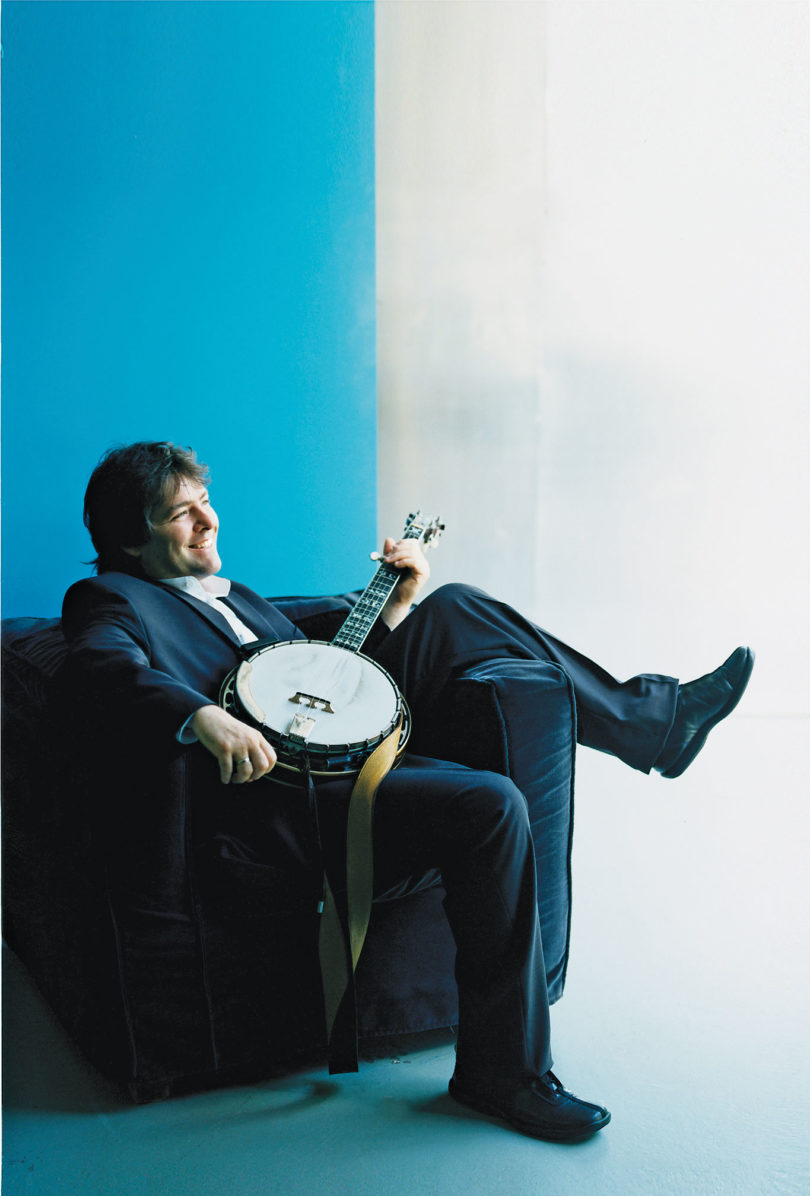 Athens, Ga. – The University of Georgia Performing Arts Center will present Béla Fleck, an internationally acclaimed banjo player who will perform his new Banjo Concerto with the UGA Symphony Orchestra March 26 at 8 p.m. in Hodgson Hall.

It will be Fleck’s second Hodgson Hall appearance this season. Mark Cedel, a professor in the Hugh Hodgson School of Music, will conduct the program that will also include Debussy’s “Prélude à l’après-midi d’un faune” and Bernstein’s “Symphonic Dances” from “West Side Story.”

A native New Yorker, Fleck began playing the banjo at age 15 after being impressed by the bluegrass music of Flatt and Scruggs. In 1980, he released his first solo album, “Crossing the Tracks,” with material that ranged from straight ahead bluegrass to Chick Corea’s “Spain.” In 1982, Fleck joined the progressive bluegrass band New Grass Revival, and in 1989 he formed the genre-busting Flecktones. Boasting 14 Grammy Awards and 30 nominations, Fleck has been nominated in more categories than anyone in Grammy history.

Fleck premiered his Concerto for Banjo and Orchestra with the Nashville Symphony in September 2011. The composer dedicated the concerto to the late Earl Scruggs and has described the piece as “a liberating experience for my efforts as a composer and hopefully for the banjo as well.”

The piece is a full-scale, three-movement, 33-minute concerto with some pretty virtuoso writing for the orchestra, said Cedel. “This is a very unique honor/opportunity for our student orchestra, to accompany Béla Fleck,” Cedel said. “He is a musician of the highest level, and a virtuoso to rival Heifetz. He just happens to play the banjo.”

Nancy Riley, a graduate teaching assistant in the Hugh Hodgson School of Music, will give a pre-concert lecture at 7:15 p.m. The lecture is free and open to the public.

From 6-8 p.m., the Georgia Museum of Art (located next to the Performing Arts Center) will hold “Make It an Evening” with gallery tours before the concert. Jittery Joe’s coffee and desserts by Cecilia’s Cakes will be available for $5 per person.