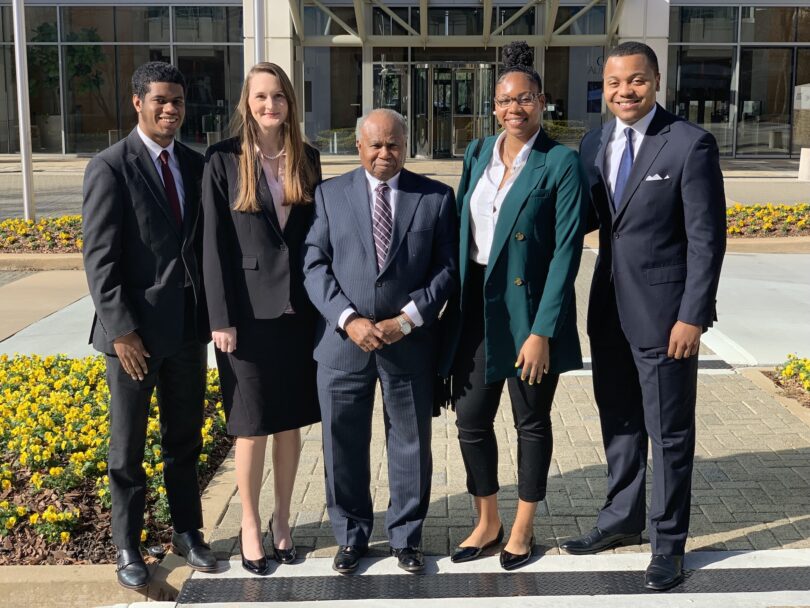 The University of Georgia School of Law has established the Justice Robert Benham Scholars Program Fund, an endowed fund that will support those who have overcome significant adversity and who have a demonstrated connection with or intent to return to and serve rural or legally underserved communities.

Piloted in 2018 with the help of UGA President Jere W. Morehead’s New Approaches in Diversity and Inclusion initiative and matching support from the School of Law, the Benham Scholars Program addresses four key areas: recruitment, preparation for law school, academic support and career planning. To date, this program has benefited 12 law students.

The newly established Justice Robert Benham Scholars Program Fund was created with a $500,000 pledge by The Hart Family Foundation Inc., with assistance from E. David Hart Jr., a 1980 alumnus of the School of Law. Hart serves as the chief executive officer of Mountville Mills, a family-owned global manufacturing business in LaGrange, Georgia.

“I am grateful to President Morehead for the seed funding and to the Hart Family Foundation and David Hart for their commitment to a program honoring Justice Benham,” School of Law Dean Peter B. “Bo” Rutledge said. “The Benham Scholars program helps to advance our vision to be the nation’s best return on investment in legal education and part of our mission to produce future lawyer-leaders for the state of Georgia, including rural and legally underserved communities.”

Hart said the Hart Family Foundation Inc. is very pleased to honor Benham through its financial support of UGA School of Law students. “The quality education that I received at the School of Law has been very instrumental in our company’s success and I am very thankful to be able to give back,” he said.

With this additional funding, the scope of the Benham Scholars Program will now include scholarships, participant support costs, bar exam preparation, professional development attire, participation in the school’s “early start” program, materials and supplies as well as costs associated with special guest speakers or events. 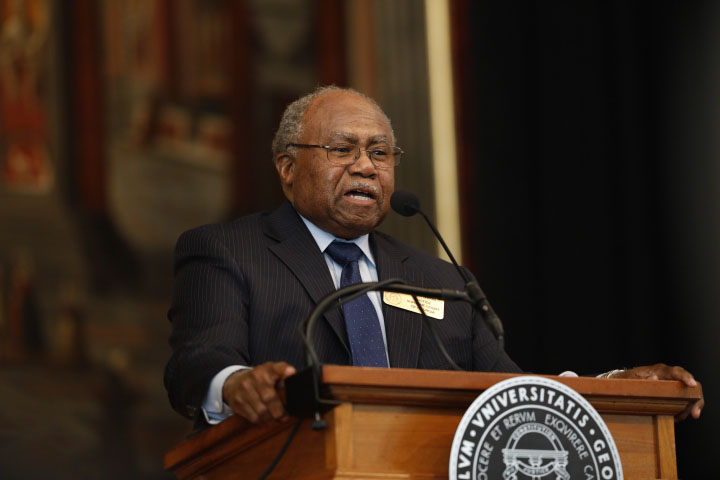 Benham said attending the University of Georgia School of Law was of tremendous benefit to him not only as a lawyer and judge but as a human being. “The support of the faculty and students was tremendously helpful in pursuing not just a legal education but also in my involvement in community service. I encourage young students to attend the University of Georgia School of Law as their chances of success will be greatly enhanced.”

Benham was the first and longest serving African American member of the Georgia Supreme Court, which he served as chief justice from 1995 to 2001. He was a member of the Georgia Court of Appeals for five years before being appointed to the state’s highest court in 1989. A native of Cartersville, Georgia, he holds an undergraduate degree from Tuskegee University and a Master of Laws from the University of Virginia in addition to his law degree from UGA. Following law school, Benham served in the U.S. Army Reserve, attaining the rank of captain. He has served as president of the Society for Alternative Dispute Resolution, a trustee of the Georgia Legal History Foundation and chairman of the Judicial Council and the Chief Justice’s Commission on Professionalism.