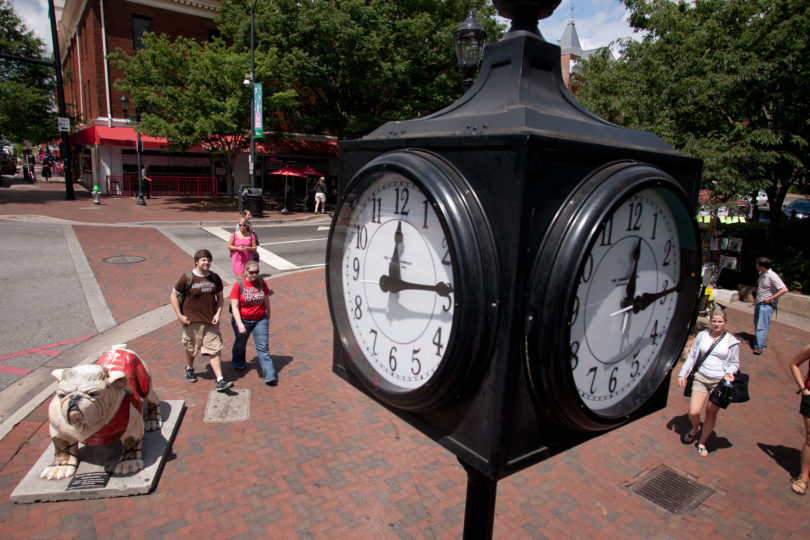 Despite a rough economic climate, the University of Georgia continued to be a powerful financial force for the Athens area in fiscal year 2010, pumping more than $2 billion into the local economy, according to a new study from UGA’s Selig Center for Economic Growth.

The study, which measured the economic impact of all 35 institutions in the University System of Georgia, showed that while UGA spent slightly less on salaries than it did in fiscal year 2009 due to a reduced number of employees, spending on operating expenses and spending by students increased.

“The main message here is that schools of higher education prove their economic worth during recession, partly due to relatively steady demand for higher education-even with an economic recession, demand stays steady or even increases,” said Jeff Humphreys, director of economic forecasting for the Selig Center in UGA’s Terry College of Business. “Colleges and universities are certainly not recession-proof, but they are recession-resistant. Downturns in college- or university-related spending tend to be milder than the drop in raw economic activity, but the turn-around may also be slower to happen.”

Overall, UGA spent nearly $632 million in salaries and $367 million in operating expenses from July 1, 2009-June 30, 2010, and UGA students spent an additional $447 million in and around Athens. Those numbers are largely reflective of an increase in the number of students at UGA and a slight reduction in employees, Humphreys said.

For every job UGA created or sustained in the 2010 fiscal year, 1.34 off-campus jobs owed their existence to its support, as compared to 1.2 off-campus jobs in the 2009 fiscal year.
Taken as a whole, the University System of Georgia contributed $12.6 billion to the state’s economy and was responsible for 130,738 full- and part-time jobs (or
3.4 percent of all jobs in Georgia) in fiscal year 2010.

Humphreys used a variety of statistical data from the USG board of regents, state government and local indicators to determine the impact of UGA and the other institutions.

“Overall, it’s a positive message for the Athens economy,” he said. “If you’re a college town in Georgia, you have a good solid cushion against downturns.”

The study, which was commissioned by Georgia’s Intellectual Capital Partnership Program, is reported annually by the Selig Center.