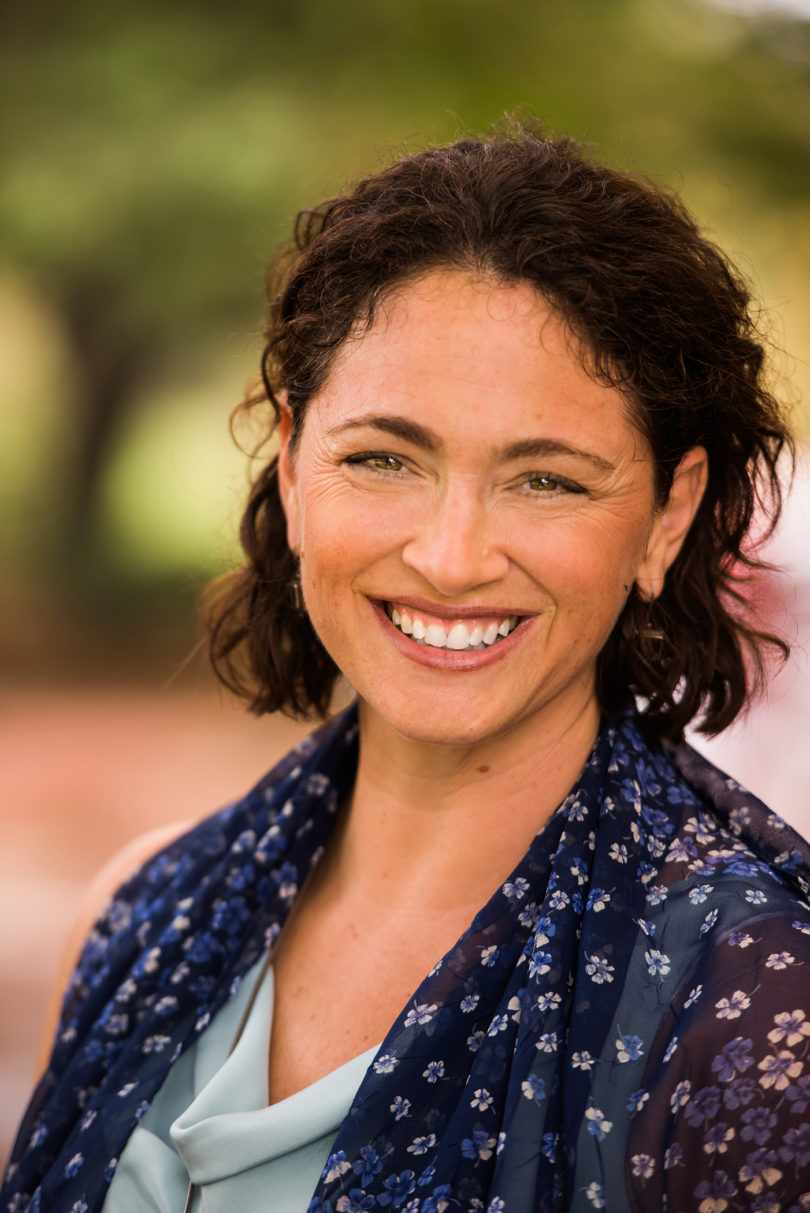 Melisa Cahnmann-Taylor is a professor in the department of language and literacy education in the UGA College of Education. (Photo credit: Cassie Wright)

Athens, Ga. – The Athens area will have the chance to get to know a California poet and environmentalist thanks to a National Endowment for the Arts “Big Read” event held in conjunction with the University of Georgia.

UGA College of Education professor Melisa Cahnmann-Taylor has lined up a slate of readings, lectures, hands-on events and performances as a way to intertwine the work of Robinson Jeffers with the culture and landscape of the South.

Launched in 2006, The Big Read is a way to unite a community around a classic novel. Several Georgia cities have championed a book since the program’s start, including Atlanta, Savannah and Brunswick. Athens last hosted The Big Read in 2008, when the community read, “Bless Me, Ultima.”

Cahnmann-Taylor chose Jeffers as a way to “create art in response to art” rather than choose a more traditional novel like “To Kill a Mockingbird” or “Their Eyes Were Watching God.” Jeffers lived much of his life in the Big Sur area of the California coast. He wrote about the rough beauty of the natural world and is considered by some to be an early leader of the environmental movement.

“It’s about responding to beauty, and to be able to document this beauty,” she said. “I want people to begin to see ourselves in nature.”

As part of the grant-in addition to funding from UGA entities such as the Office of Sustainability, the department of women’s studies, the department of African-American studies and the Willson Center-Cahnmann-Taylor has planned events to help residents find a deeper meaning behind Jeffers’ work. Books of his poetry will be available at events and from the Athens-Clarke County Library. Also, the Georgia Review’s spring edition will feature a curated selection of poems.

But, Cahnmann-Taylor stressed, this Big Read selection is more than getting a community to read and discuss a book of poetry. Instead, she said she hopes people will find a handful of poems that speak to them, and then apply their meaning to the landscape of the South.

“I want people to have their eyes open to the beauty and aesthetics of our surroundings, and be aware that there are poets writing about a sense of place-and there’s more we can write about the South,” she said. “We are so lucky in the South to be so close to nature.”

Events in April, which is also National Poetry Month, include:
• Poet Camille Dungy, who will read at Clarke Central High School on April 7 followed by a public reading at 6 p.m. at First AME Church, 521 Hull St.
• Josh Calhoun on the art and ecology of the book, speaking as part of UGA’s annual Symposium on the Book, April 8 at 9 a.m. at the Richard B. Russell Building Special Collections Libraries.
• A panel discussion, “Eco-Poetry and Sustainability in Today’s Georgia,” delving into the natural world of books and poetry, including an open mic event, April 12 at 6:15 p.m. at the Athens-Clarke Country Library.
• Earth Day events at the State Botanical Garden of Georgia, including a session on writing from nature and a celebration with poet and writer Alison Hawthorne Deming, April 21 at 5 p.m.
• A gallery discussion with David Ligare, whose paintings now on display at the Georgia Museum of Art were influenced by Jeffers’ poetry, April 29 at 2 p.m. at the museum.
• Family Day at the museum, April 30 from 10 a.m.-noon, featuring art and poetry inspired by nature.

There are other events scheduled in May and June, including a special performance by Coleman Barks on June 16 as part of the annual Seat in the Shade poetry series. For full details on the events, visit coe.uga.edu/bigread.

Cahnmann-Taylor is a professor in the College of Education’s department of language and literacy education. The Big Read is a program of the National Endowment for the Arts in partnership with Arts Midwest.

Launched in 2006, The Big Read is a way to unite a community around a classic novel. Several Georgia cities have championed a book since the program’s start, including Atlanta, Savannah and Brunswick. Athens last hosted The Big Read in 2008, when the community read, “Bless Me, Ultima.”