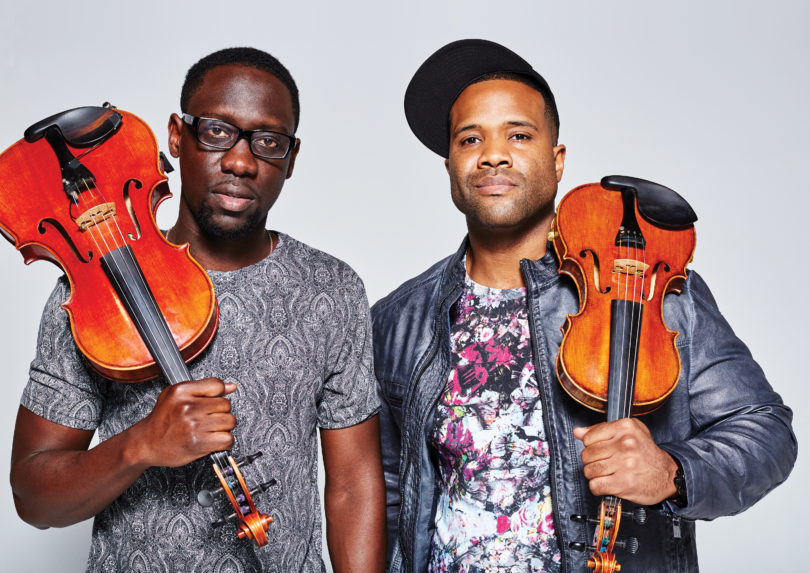 UGA Presents is bringing Black Violin to the University of Georgia March 7 for a 7:30 p.m. performance in Hodgson Concert Hall.

Led by violist Wil B. and violinist Kev Marcus, Black Violin blends classical and hip-hop music to overcome stereotypes. The classically trained strings players are joined onstage by DJ SPS and drummer Nat Stokes in a high-energy concert that encourages people of all backgrounds to come together to break down cultural barriers.

Black Violin has collaborated with artists such as Aerosmith, Tom Petty, Wu-Tang Clan, Wyclef Jean and Alicia Keys. The band was featured by ESPN as the official artist of the 2017 U.S. Tennis Open as well as the 2016 and 2017 Heisman Trophy Award ceremonies.

The group has appeared on “The Tonight Show,” “Ellen,” “The Wendy Williams Show,” NPR and more. Black Violin’s most recent album, “Stereotypes,” hit No. 1 on the Billboard Classical Crossover chart and No. 4 on Billboard’s R&B chart.

Black Violin, alongside artists such as Yo-Yo Ma and Elton John, recently joined with Turnaround Arts to bring arts education to struggling schools in underserved communities. Turnaround Arts is a program of the John F. Kennedy Center for the Performing Arts founded by President Obama’s Committee on the Arts and the Humanities in 2012.

The concert is sponsored by Brad and Vera Tucker. This performance is funded, in part, by a grant from South Arts in partnership with the National Endowment for the Arts and Georgia Council for the Arts. Additional support is provided by the Willson Center for Humanities and Arts.