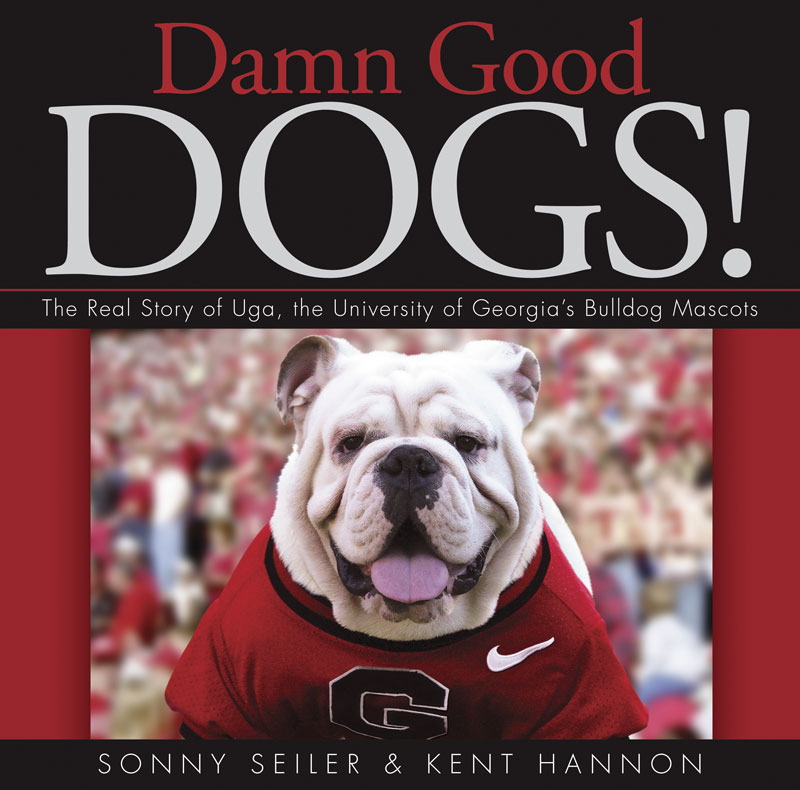 Damn Good Dogs!, a book about the university’s Uga bulldog mascots, has been updated by Sonny Seiler, alumnus and mascot owner, and Kent Hannon, editor of Terry Magazine at the Terry College of Business.

The book gives readers a rare glimpse into the personal history of these nationally acclaimed mascots. Filled with colorful anecdotes—such as Uga V’s famous lunge at an Auburn player, his appearance in several Hollywood films and Sports Illustrated’s decision to put him on the cover of its 1997 college sports issue—Damn Good Dogs! provides the backstory to more than 50 years of collegiate sports history.

Lavishly illustrated with more than 500 photos and images of memorabilia from the Seilers’ private collection, this edition features more than 80 new pages of material on Uga VI, Uga VII, Uga VIII and Russ, the super sub—including an Uga VIII photo album that is sure to be a fan favorite. A portion of the proceeds from sales of this book benefits the College of Veterinary Medicine.