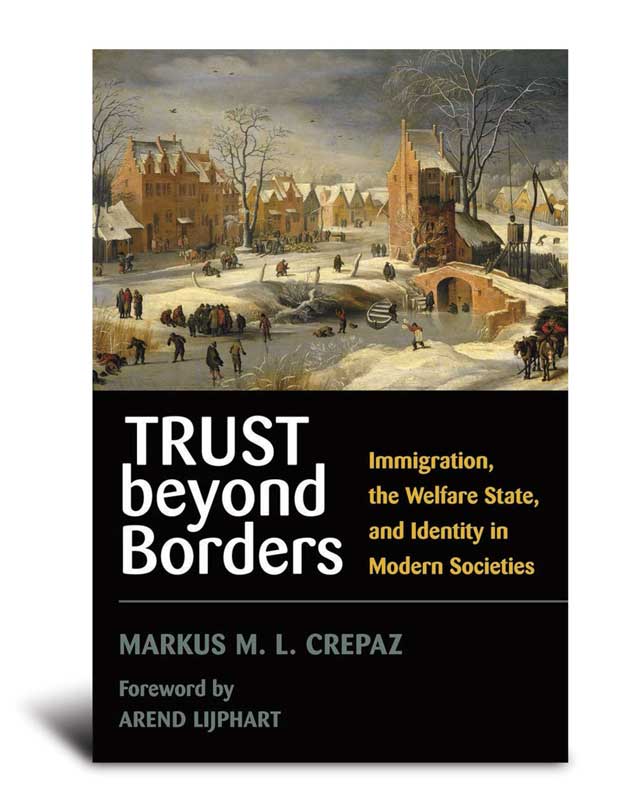 Trust beyond Borders discusses how European societies and politics have historically enjoyed social protection from outside cultures. But in the past 40 years, many immigrants have moved to Europe from places like Yugoslavia, Turkey, North Africa and the Middle East.

These immigrants have disbanded the homogeneity of European society. In Trust beyond Borders, Markus M.L. Crepaz, professor of international affairs, analyzes whether these recent migrations will lead to an “Americanization” of the European welfare state. Crepaz’s research, which examines how immigration and diversity affects trust, reciprocity and public support for welfare programs, came from public opinion data and case studies conducted in Germany, Sweden and the U.S. Crepaz also analyzes immigration’s effects on public support for social welfare.