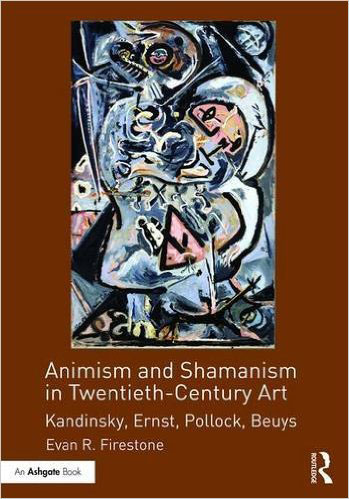 Wassily Kandinsky, Max Ernst, Jackson Pollock and Joseph Beuys were the leading artists of their generations to recognize the rich possibilities that animism and shamanism offered. Evan Firestone, professor emeritus of art history at UGA’s Lamar Dodd School of Art, brings the four together to compare their individual approaches to anthropological materials and to define similarities and differences between them.

The importance of indigenous beliefs in animism for Kandinsky’s philosophy of art and practice is analyzed for the first time.

Firestone also demonstrates how shamanism was employed by Pollock to express his desire for healing and transformation.