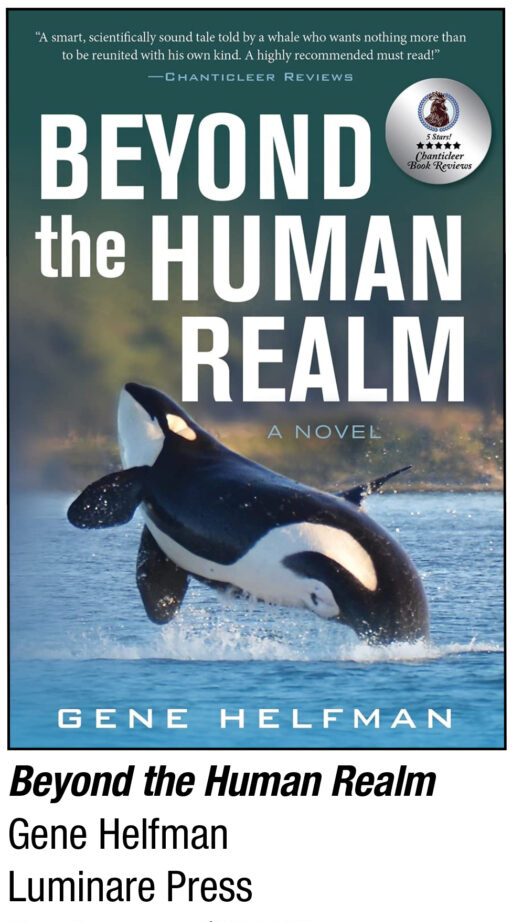 “Beyond the Human Realm” is a novel about family, belonging, struggle and science, told through the eyes of Makai, a male orca.

A captive orca, Makai longs for the freedom of the sea and shares the experience of being returned to the wild. Makai struggles with orca traditions, human intervention, being accepted into an adopted family and his feelings of revenge. “Beyond the Human Realm” is an example of the intelligence of marine mammals through the culmination of years of human research.

Author Gene Helfman, a fish behavioral ecologist and emeritus professor at the Odum School of Ecology, fell in love with orcas after attending a scientific conference at the Vancouver Aquarium in Vancouver, B.C., Canada. He spent years following the health of orca populations and watched with the rest of the world as SeaWorld came under fire for orca treatment and performances. Following the tragedy of Talequa, a female from the Southern Resident orca population, carrying the body of her dead calf for 17 days in a remarkable show of grief, Helfman knew there needed to be literature from the eyes of an orca.

“Beyond the Human Realm” gives an inside look into the complexities of an orca’s mind, establishing their intelligence and ability to feel an express emotion. All profits from the sale of the book will be donated to orca conservation efforts and programs.