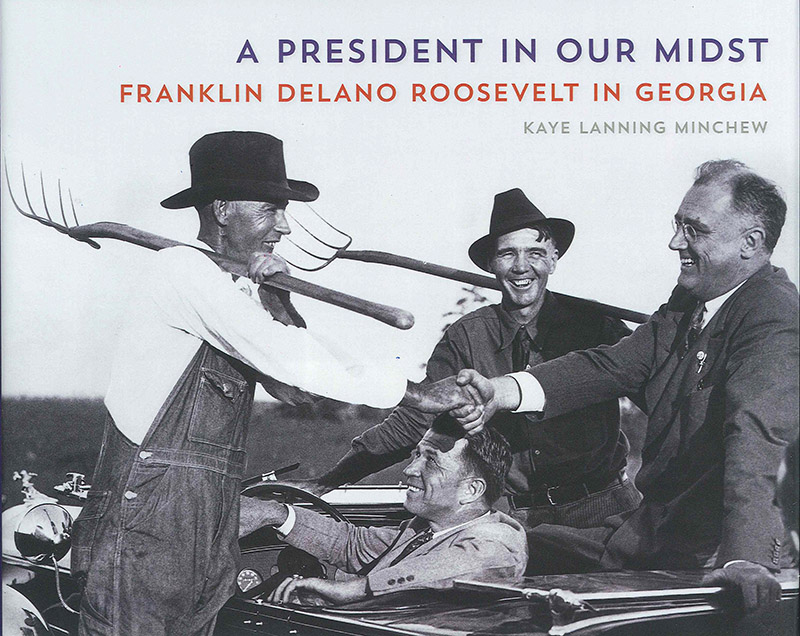 Franklin Delano Roosevelt visited Georgia 41 times between 1924 and 1945. A President In Our Midst: Franklin Delano Roosevelt in Georgia is a collection of photographs and remembrances that document the vital role of Georgia’s people and places in FDR’s rise from his position as a despairing politician daunted by disease to his role as a revered leader who guided the country through its worst depression and a world war.

A native New Yorker, FDR called Georgia his “other state.” Seeking relief from the devastating effects of polio, he was first drawn there by the reputed healing powers of the waters at Warm Springs. FDR immediately took to Georgia, and the attraction was mutual. The book contains nearly 200 photos that show him at the Little White House.