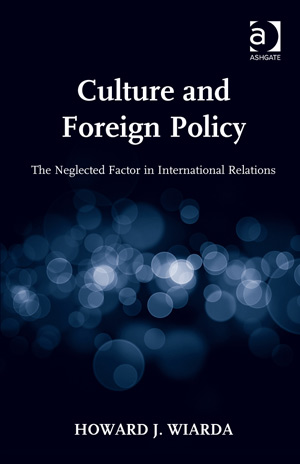 In Culture and Foreign Policy, Howard J. Wiarda, UGA’s Dean Rusk Professor of International Relations, defines political culture as the basic values, ideas, beliefs and political orientations by which countries, societies and whole regions are guided. The underlying belief systems that shape cultures and societies cause them to behave in certain, often distinct ways.

The puzzle or query that chiefly concerns ­Wiarda is why U.S. foreign policymakers have such a hard time understanding cultures and societies other than their own. ­Wiarda argues that the U.S. needs to end its attitudes of superiority and condescension toward other nations and cultures and redirect its foreign policy.

After an introduction that sets the main theoretical and conceptual arguments, the next chapters explore the main areas of the world. The conclusion pulls all these themes together, analyzes the common patterns that emerge and suggests new directions for U.S foreign policy.