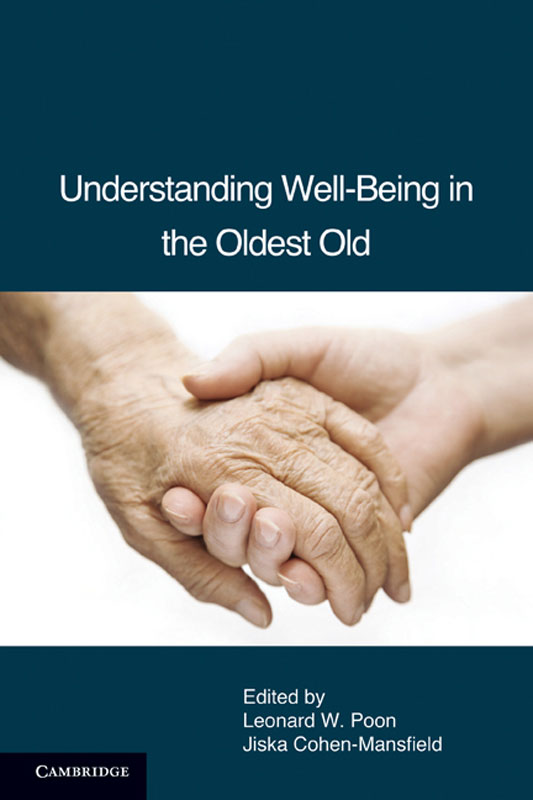 Leonard W. Poon, professor emeritus and former director of the Institute of Gerontology, has edited Understanding Well-Being in the Oldest Old, along with Jiska Cohen-Mansfield from Tel Aviv University in Israel.

As life span, especially among the oldest-old (85+) population, continues to increase in developing countries, this segment of the population tends to suffer physical and cognitive decline, and little information is available to describe how their positive and negative distal experiences, habits and intervening proximal environmental influences impact their well-being, and how social and health policies can help meet the unique challenges they face.

This volume engages social scientists in sharing methods of understanding, and thereby possibly improving, the quality of life of older populations, especially among the oldest old.

The book features a cross-cultural comparative study of successful adaptation among U.S. and Israeli researchers, theoretical advances and options in conceptualizing adaptation and well-being among the oldest old and empirical longitudinal findings from the U.S. and from Israel and how they may relate to both theory and possible service and policy applications.